by Miguel Tost
in EDM News, Just For Fun, Video

People sneak into where they do not belong all the time. Some people don’t have the means to get to music festivals, and then you have the will and determination of Marcus Haney. Let me introduce you to a man who has entered some of the most coveted events in the world and stood next your favorite bands, artists, and musicians.

But who is Marcus Haney? As a young college student and music enthusiast, Marcus has been sneaking into music festivals for years and posed as a press photographer in front of names like Skrillex, Tiësto, Jay-Z, Phoenix, Coldplay, Muse, Alicia Keys, Band Of Horses, Credence Clearwater Revival, Tegan & Sara, and more almost fifty times. He has even snuck into the Grammys! Time and time again, he has used his confidence and his resources to get from the front gates and onto the front stage.

In one of these times he got to meet the band members of Mumford & Sons and offered him the chance of a lifetime. He was given a chance to join them on tour, but this would take him away from finishing college. Whether you at home would or wouldn’t take the same opportunity from M&S, Marcus’ time has lead to him taking the photo of Mumford & Son’s latest album Babel (pictured below). 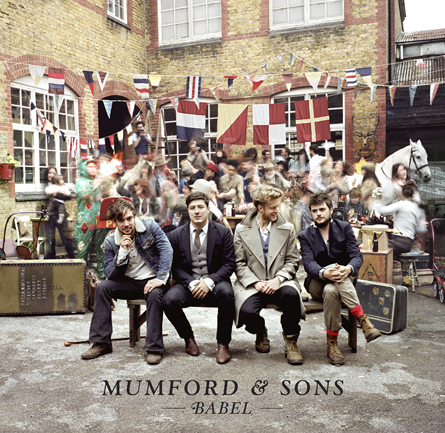 If you want to know more of the life and times of Marcus Haney, then you should prepare for his upcoming documentary. Throughout his adventures jumping into festivals like Coachella and Glastonbury, Marcus has been filming himself and the shenanigans he has done on camera. He is also going to turn all of this into a movie documenting his journey into almost every music festival you can think of called Marcus Haney: No Cameras Allowed. Below is a trailer of the movie, which has been picked up by MTV and will be coming out very soon.

Update: According to sources, the video was leaked and has been taken of YouTube.

Update #2: We’ve found another copy of it on Vimeo and have updated the article accordingly.

Soundcloud Negotiates a Shady Deal with the Big Three