by Your EDM Staff
in Bass Music, EDM News, Trap

In an interview with Billboard.com, Keys N Krates announced that they will be releasing their third EP entitled Every Nite on September 23rd through Dim Mak records. The release will be kicked off with a massive US tour that starts on Septmeber 18th in Phoenix and takes a transverse trip across North America, including stops in Canada and a huge performance at TomomrrowWorld in Atlanta, Georgia. They will be supported, on select dates, by LA’s Gladiator and fellow Canadian duo Thugli.

“Are We Faded,” the first single off the Every Nite EP, has been teased on Billboard.com and is available for streaming below. 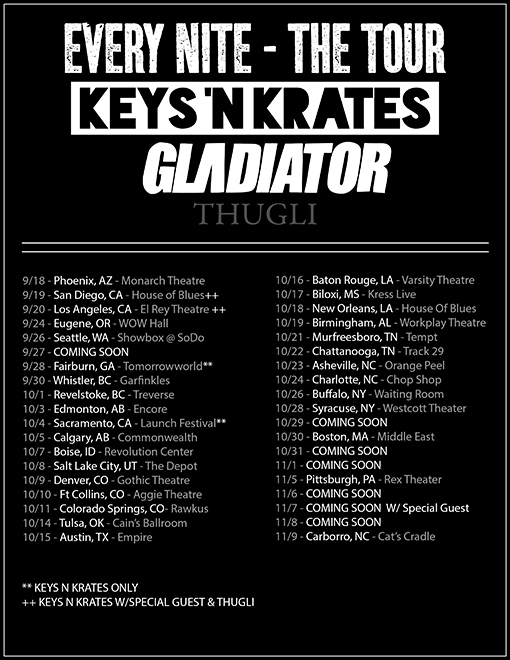