As thousands gear up for Bassnectar‘s debut performance at the iconic Madison Square Garden this Saturday, the bass head nation just received an extra spice to make their weekend extra nice. Bassnectar announced today that he will be giving away a track a week for free off the  NVSB remix package, which will also include new material. This is all in preparation for a massive winter tour that includes stops at Hard: Day of the Dead and Something Wicket Festival.

Expect rich diversity & freestyle reinterpretation, but also expect things to get loco: our first offering is a collaborative effort between myself & the Canadian bass music artist Stylust Beats – we teamed up to remix “Loco Ono”. Enjoy 🙂 -Bassnectar

To get the ball rolling he started with a fluid remix of “Loco Ono” by Bassnectar himself, as well as Stylust Beats. The track takes a more minimal approach that focuses on gritty distortion, a chugging beat and pitch drops that make you fall right on top of the snare like being impaled by spear in the Kingdom of the Rock (GOT it?). The track seems more inline with what was stated in his Billboard interview today: “I know I’m a DJ, and I love the nineties rave scene in the nineties, but I do identify more with bands than EDM. I have no interest in EDM.” His music continues to be less focused on the dance elements and more about providing paroxysms of potential energy and controlled frenzy as seen in the remix.

Grab the track below, rate, and make sure to catch Bassnectar on the NVSB tour. 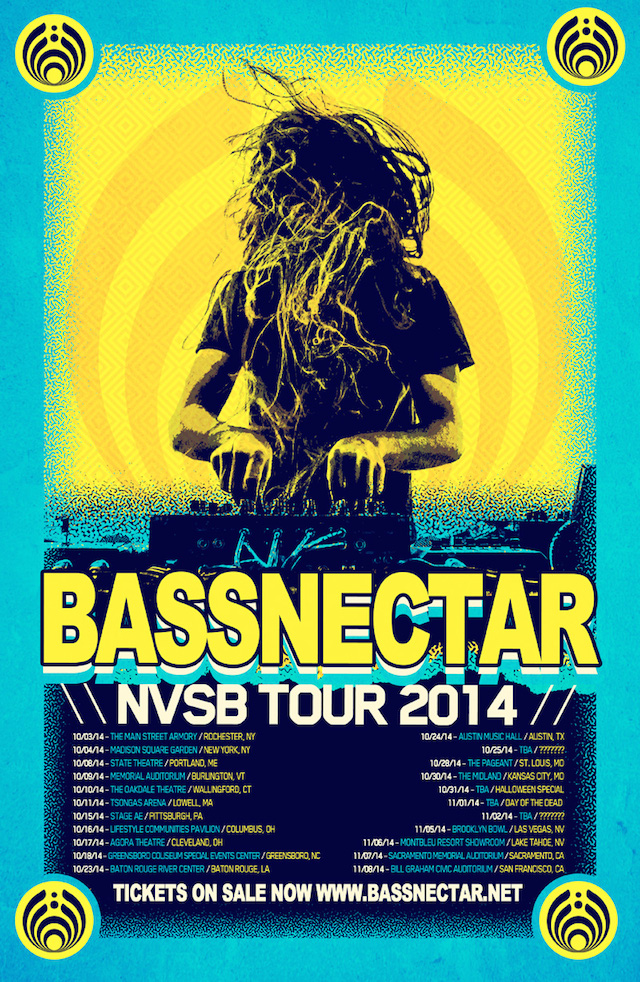