I’ve been attending Lights All Night every year since its conception in 2010 and each year seems to be outdoing the last. As a Dallas native it’s given me a sense of pride over the last 4 years to see more and more of my out-of-state industry friends flying in for this festival, as it kind of legitimizes the Texas EDM scene. This year the real winner was the production, even more so than the lineup which was spectacular in and of itself, but I’ll get to that later. 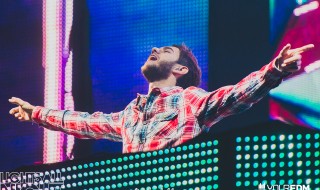 It’s been a few days since the festival but the strength of the lineup is still etched into my memory, it was all-star after all-star. Something Lights All Night has always done really well with their lineups is balance — you’re not going to find a heavy leaning towards any one genre on the main stages, but instead you’ll get an even spread between house, dubstep, trap, and whatever else you might fancy. For example, the main stage on the first night went Tchami, Boys Noize, Zedd, then finally Skrillex. You won’t find a more diverse group of artists at another medium-sized EDM festival. 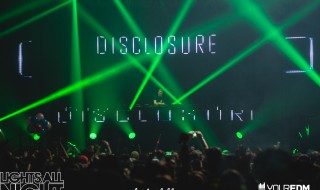 Killer lineups aside, the general atmosphere is one of the main reasons I continue to go back to LAN. I might be a bit biased but I feel like Texas has one of the nicest scenes in dance music right now. In the 4 years I’ve been attending LAN I have yet to see a single fight, and the security/police is very non-invasive compared to some other festivals I’ve attended out-of-state. Combine this peaceful mentality with the cool space that the convention center provides, and LAN is one of the most socially friendly festivals you can buy a ticket to (which were insanely cheap this year, by the way) 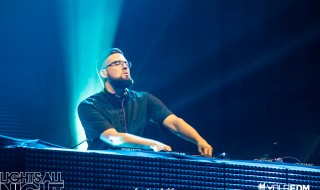 Above all else I was absolutely floored with the production this year. The stages were set up perfectly and the light shows were next level. I caught myself being one of those basic ravers who records sets on their phones simply because I wanted to capture the amazing light show and LED walls that the LAN production team had assembled. I didn’t think anything would be able to compete with Deadmau5 last year, but Skrillex and Disclosure’s lights especially blew me away. 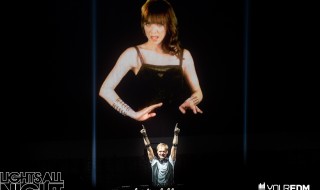 Overall this year was my favorite edition of Lights All Night. I can’t say enough good things about the festival, its staff, or the attendees, so I’ll just encourage you to go next year and see for yourself.