Electric Daisy Carnival UK has announced its spring lineup and while it still seems like a typical Insomniac lineup, it looks like it’s still going to be a great time.

The UK segment of EDC has been going on since 2013 and now in its 3rd year, the festival has announced a lineup stacked with international DJs and some of the UK’s best. The headliners are fairly de rigueur, featuring Hardwell, Tiësto, and Steve Aoki, but the addition of Pendulum is a nice sight, even though it is only a DJ set. Trance gets a strong showing from Paul van Dyk, Ferry Corsten, Markus Schulz and others; drum & bass is also fairly represented with many UK stalwarts such as Sub Focus, Sigma, Friction and Matrix & Futurebound.

EDC UK is different from most other Insomniac events as it is only a one-day gathering, but everyone should still be coming out to have fun.

Tickets are on sale now via EDC UK’s website. There will be a few more names announced, but the major names are here in this release. Watch the trailer and see the full lineup below via Insomniac. 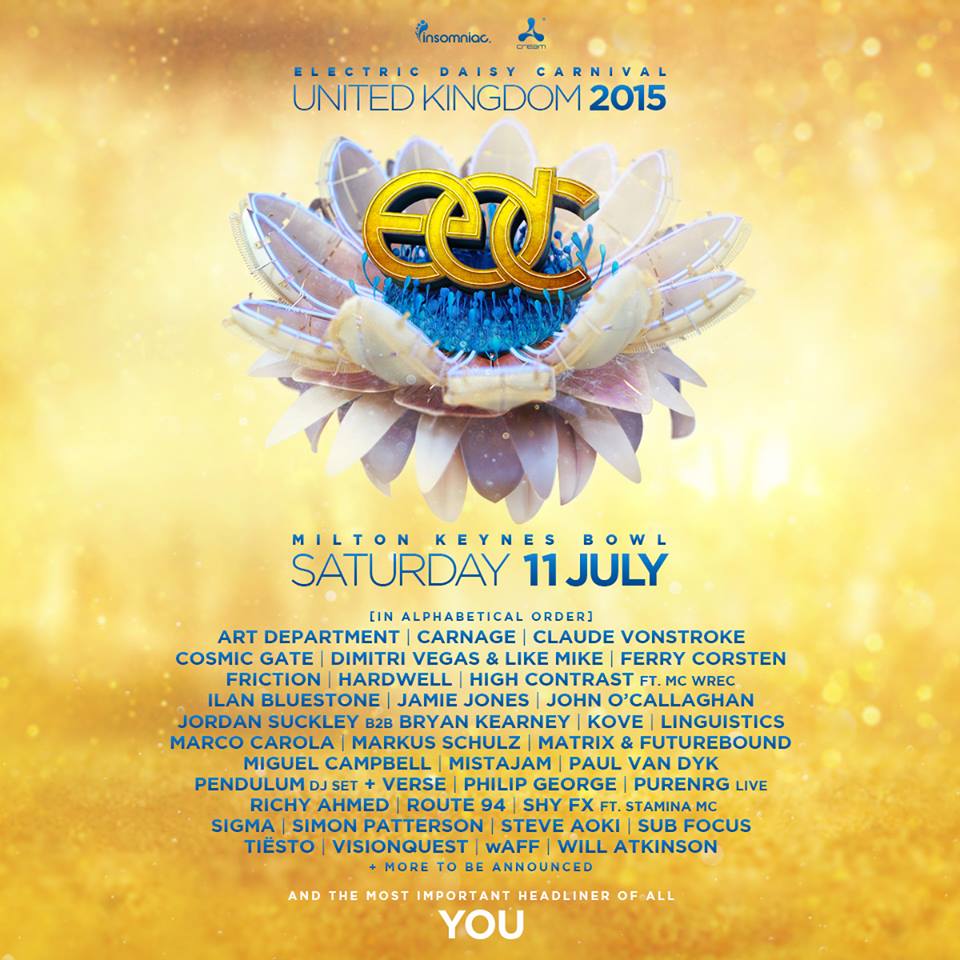