Barcelona, Spain is more than beautiful people and pristine beaches, it is a place of extravagant nightlife and dance music wonderment. Selling-out for its 3rd consecutive year, ABROADFEST is known by American college students studying abroad as a go-to party weekend while away from home. March 5-7 some of the hottest clubs in Barcelona will host Madeon, Borgeous, Cedric Gervais, Dzeko & Torres, AlunaGeorge, and more for ABROADFEST’S biggest line-up to date.

The party kicks off at one of Barcelona’s premiere nightclubs Razzmatazz (Career Almogàvers, 122) with Dzeko & Torres on the 1’s and 2’s. The headliner of the night is one of the most popular and well-regarded names in EDM production, Madeon. This will be one of Madeon’s first shows presenting songs off his forthcoming debut album out on March 31, Adventure.

Night two continues onto Under Club (Calle de Tarragona 141) with “Invincible” fame, Borgeous.  Attendees are also invited for cocktails on the terrace from 6pm-8pm at Danzatoria (Ramón Trias Fargas, 2) to start off the night.

“Selling out of the 3-Day passes before announcing talent makes us incredibly excited about the ABROADFEST brand,” says Prime Social Group Co-Founder, Adam Lynn.  “ABROADFEST has become an annual event that is about the experience of meeting up with your friends from all over the world and partying together in one of Europe’s finest cities, Barcelona.”

Need a place to stay? The W has made 35 rooms at their beachfront hotel available at a very special price for ABROADFEST attendees. Book your room at The W by Starwood now before rooms fill up. 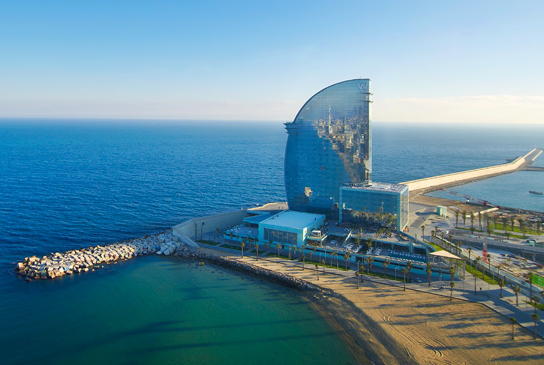 Check out last year’s after movie to get an understanding of why partying in Barcelona should be on your bucket list.

Afrojack’s New Remix Gets A Release On Wall Recordings