Electric Forest is by far one of the most anticipated festivals of the year, joining the ranks of other major events such as Ultra Music Festival and EDC Las Vegas. With that in mind, it’s only natural that its upcoming lineup announcement has fans waiting in trepidation for the reveal. Some attendees have been compiling lists of potential artists, based on rumors and possible confirmations and while the list isn’t always accurate, one headliner can now be added for certain.

Skrillex appears to have mistakenly revealed himself to be a headliner for the 4 day event, with a now deleted tweet that you can view below. Obviously we won’t know for certain until the official lineup is revealed but at this point that’s the best confirmation fans could ever hope for. 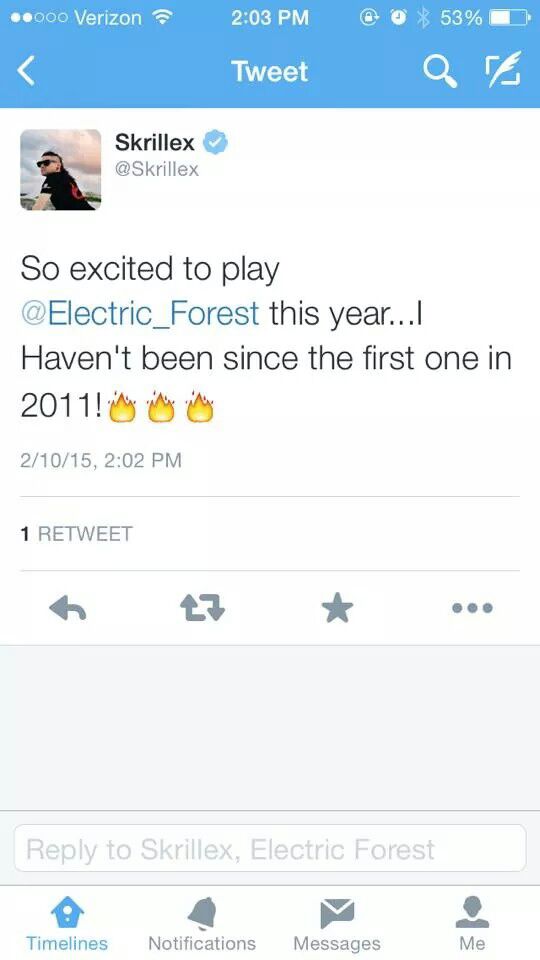 Electric Forest is set to take place from June 25th to June 28th in Rothbury, Michigan. You can get more information on their official website here: http://www.electricforestfestival.com