Andrew Bayer is Back with New EP & Tour

When Andrew Bayer posts a track on Soundcloud, you better listen. When he plays a show in your area, you better go, for it’s impossible to predict the next time he’ll be playing a show in the US. But recently this strange phenomenon has occurred; Andrew Bayer has announced that he’s releasing a new EP next month as well. And he’s not just playing shows, he’s touring.

The last time the Anjuna megastar was stateside, he was welcomed back home with open arms at ABGT 100 in NYC. Among his setlist was a curious little ID, which finally made its radio debut last week. “Super Human,” the lead track from his Do Androids Dream EP is an incredibly powerful tune. Singer Asbjørn leaves a wake of sorrow after every note, twisting the knife into your heart with lines like, “I’m scared I will lose you,” and “You were never really mine anyway.” Bayer, who isn’t known for including vocals in his productions, proves that instances like these are rare gems that must be treasured deeply. Furthermore, if “Super Human” is any hint as to what his EP will bring, prepare yourselves.

Andrew Bayer’s Do Androids Dream EP hits stores April 2, courtesy of Anjunabeats. Bayer will also be performing at Ultra Music Festival on Armin Van Buuren’s ASOT 700 Stage on Sunday, March 29. The complete list of dates of his Do Androids Dream tour can be found below: 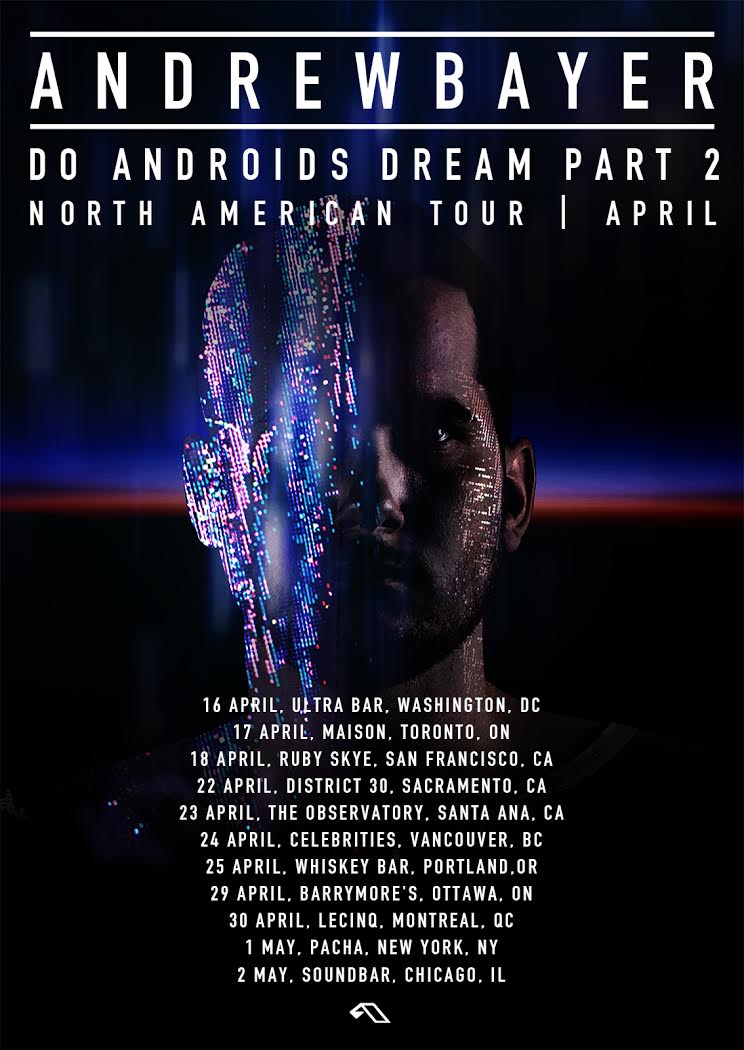