The massively famous Chicago birthed festival known as Lollapalooza has finally revealed the lineup for its 4th international installment in Berlin, following its sister events in Brazil, Argentina and Chile. The inaugural lineup for the event’s first European iteration showcases genre and act diversity, with a wide range of small and big DJs and bands to kick off the 2 day festival. With Martin Garrix and Fatboy Slim, Skrillex and Boys Noize’s return as Dog Blood, and many others, electronic dance music will be well represented amongst the other genres present. Notable headliners such as Sam Smith, The Libertines and Bastille are also there to further bolster this already impressive roster.

Lollapalooza Berlin will be taking place at the historic Tempelhof Airport, on September 12th and 13th of this year. More information is available on their official website here: http://www.lollapaloozade.com 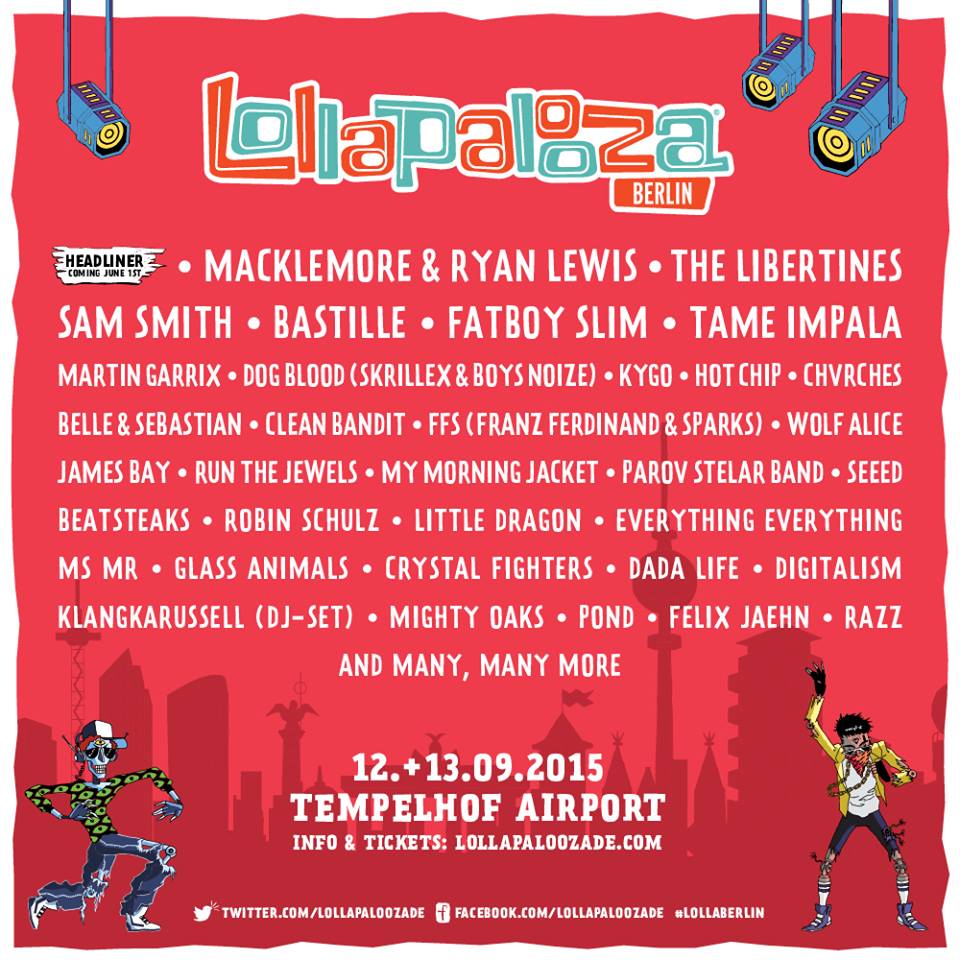