Seeing as it’s March 31st, the internet essentially has to be wary of anything and everything they read today. Some of it is true, some of it isn’t. Some of it is really easy to tell, some of it … isn’t. Pranks are flying left and right as websites, producers, and celebrities galore try to one-up one another to be the king of pranking. If this is a prank, then Carnage has just trolled one of the most devoted fanbases in electronic music. If it isn’t … we’ll just have to wait and see, I guess.

Via Twitter and Facebook, it has been “revealed” that Carnage and Bassnectar will be collaborating together for a track. Beyond that, we don’t really have any information. But Carnage seems well aware of the consequences of making this information public, as he baits and teases his Twitter followers.

It doesn’t stop there either. It’s easy enough to make a tweet a put it out there without any real evidence behind it. But it wasn’t long after that a picture of a conversation between Lorin and Papi surfaced that spells out a much more likely scenario. 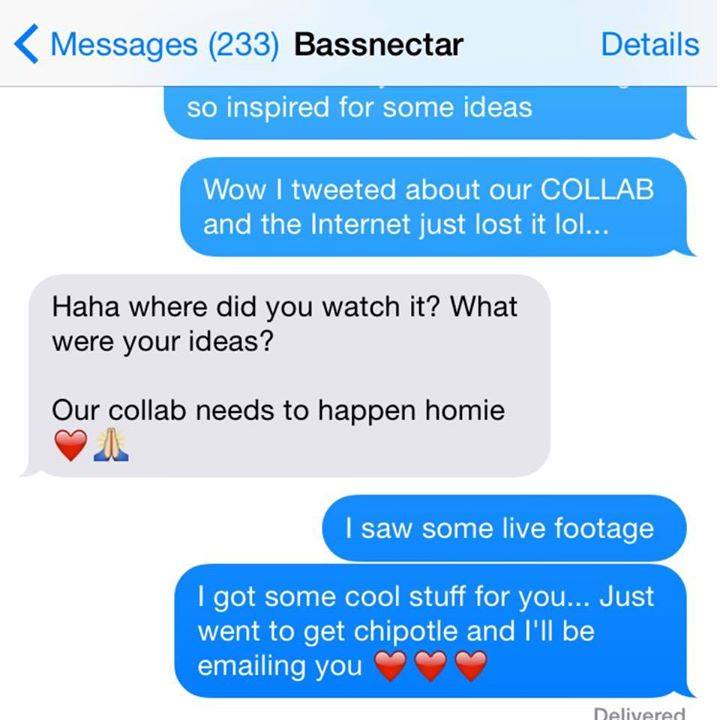 Fans of Bassnectar are likely incensed by this “news.” Like I said, it’s really difficult to tell whether or not this is a troll. I’d like to say that we hope it is, but then again, some surprising collabs have made for some extremely well received tunes, so we’re not exactly ruling anything out.

Bottom line here is – take this all with a grain of salt, and don’t believe a thing until you’ve got the WAV in your library.

Foreign & Domestic’s Jack U Remix Is Ahead Of The Pack

Foreign & Domestic's Jack U Remix Is Ahead Of The Pack