Zedd and the clever promotional campaign that has emerged out of his “True Colors” album are taking the internet by storm. First, it began during SXSW in the heart of Texas with a journey into an expansive, purple-themed cavern to preview a french house record from the LP.

This second, most recent show originated in Los Angeles and took a group of very lucky fans into the desert near Joshua Tree to experience Zedd’s fire themed record, which is more in line with his past releases. After igniting an iconic “Z,” the fans donned orange Beats to get a first listen to “Straight Into The Fire.”

“This is the song on the new album that sounds the closest to what people would expect me to do — it has that huge vocal that makes you want to cry, in a great way. To me, certain things sound a certain color. A lot of reverb will always sound cold, which will always make me think blue. On this song, the drop is very energetic and very aggressive, kind of like fire, too, so this one was super easy to pick orange.”

The fans then enjoyed a group banquet of barbeque and orange beverages as well as some one-on-one time with the man himself. A truly amiable experience that will surely cement life-long fans, this campaign is yet another brilliant move for the Zedd brand. 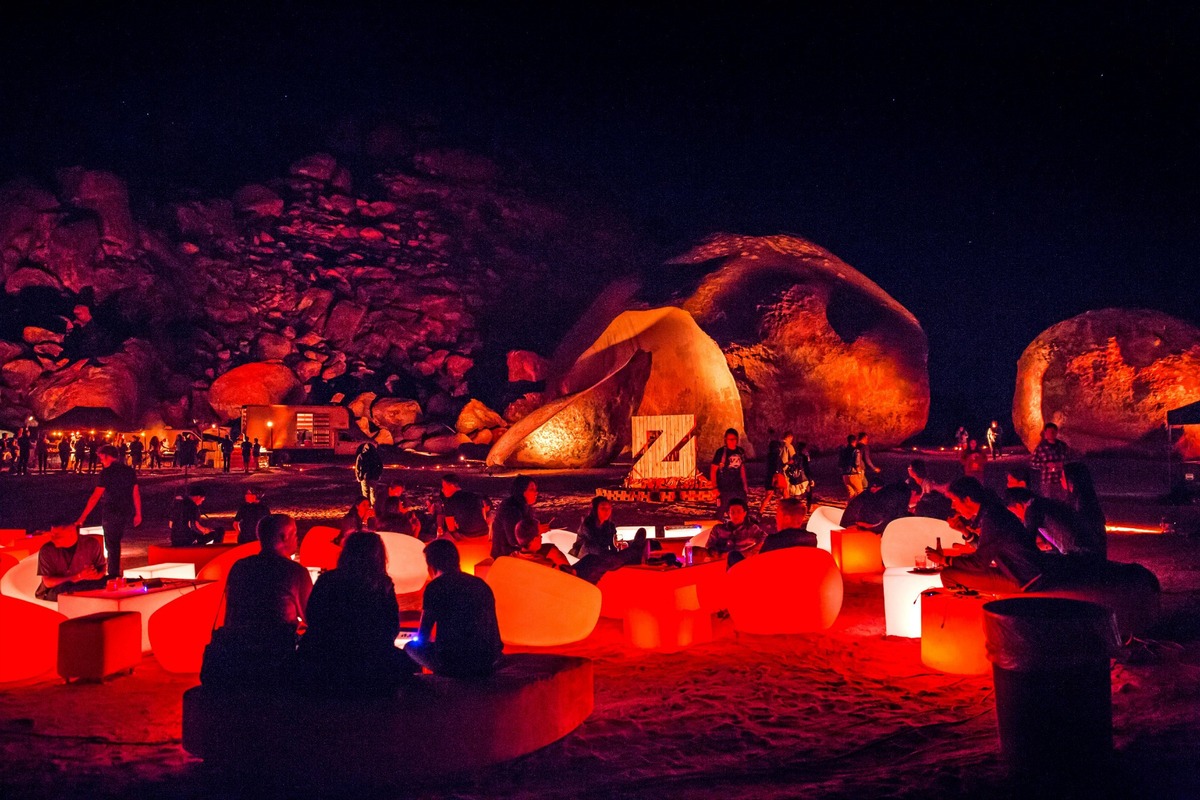 With two down and eight tracks and according experiences left to go, we can only wonder what else is in store from the brilliant, radio-ready producer. For the fans, be sure to keep an eye on Zedd’s tour schedule and social medias for your chance at participating in this adventure; only the first 50 to complete the scavenger hunt will get access!