One of most common critiques of modern dance music, and one that defines it to those on the outside, is its lack of soul and musicality. Coming from the perspective of someone who listens exclusively to jazz, folk, punk rock, country, etc., I can’t entirely blame them for having this opinion. They spend their days, let’s say, listening to a singer/songwriter whisper into the microphone with lyrics about his loves and regrets, using poetic language and sometimes indecipherable metaphors that resonate in the hearts of the listener. Their listening experience takes place in a different sonic space than dance music, one that resembles a live performance. They hear the gentle strumming of guitar, or the imperfections of an ensemble playing together, and revel in the humanity and raw expressions of emotion and the human condition, however the artist chooses to approach them. Then, they hear a main stage trap banger with ridiculously invasive percussion and wailing synths that sound like chihuahuas being thrown at them. They witness a repetitive progressive house track with very simple, vague lyrics and a cookie cutter rhythm. You can see what I’m getting at. People like this, who don’t take the time to dig into the underbelly of electronic dance music and instead choose to focus their criticisms of the genre as a whole on just the top 10 Beatport hits, are missing out on an endless ocean of talent and excellent music.

In my opinion, the best and most soulful beats must come from a place where expectations are minimal and open-ended. If the artist is in a position where genre experimentation and unbound creativity is encouraged, and the fans are willing to approach them as a human and songwriter rather than just a sweaty v-neck DJ, incredible things can be heard.

Enter Tsuruda. Championing one of the most innovative and heartfelt collectives in the Los Angeles area, this Salt Lake City native has a very bright future ahead of him. Expertly combining the hard-hitting percussion of trap, the swagger and depth of hip hop, and a style of sampling and melody creation all his own, Tsuruda truly brings a unique and gripping sound to the stage. Following his recent LP release “Madness,” I sat down with him to discuss his move to the west coast, his musical process, and the future of his collective.

Your new LP came out a couple weeks ago, and it’s been received extremely well. You’ve even gotten support from Feed Me. What were some of your intentions while making it?

In all honesty I didn’t realize my album was finished until I wrote the last song, then everything started clicking. Especially when I decided to call it “madness.” I moved from Salt Lake City to Los Angeles this past September and I didn’t have many friends. I haven’t been going out and partying, just been on the grind nonstop. It was to the point where I was literally going insane/mad. “Madness” reflects my own descent into this crazy world of Los Angeles. All in all I really translated my soul into this album…and what I was feeling was utter madness. Not just me but the world as a whole. After putting it out I definitely felt so much better. When Feed Me supported it I was blown away.

A couple days ago, you posted a new track, heavy on the bass and dubstep vibes, that suggested you already have a new EP in the works?

This new EP is pretty much finished. I love love love writing heavy music. It’s a good way for me to relieve stress and frustration. This EP is comprised of tunes T wrote while writing “madness” that I thought were too heavy to put on the LP. I was thinking about calling it ‘Raw Flavor.’ 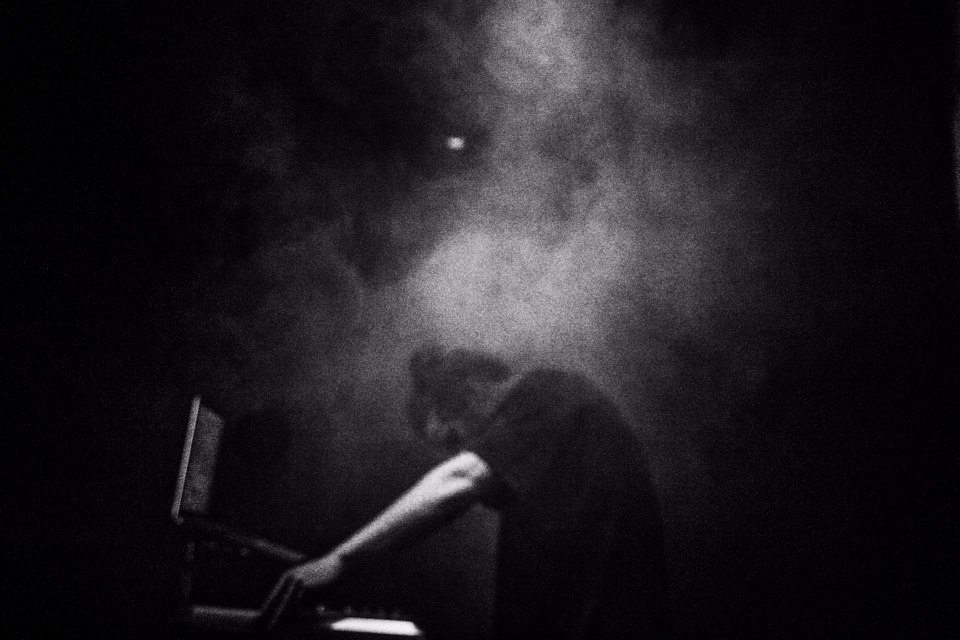 You’re also a part of up and coming collective Courteous Family, a group dedicated to innovating on the hip hop and trap sectors.

I joined right when I moved to LA. The dudes who run it are like family now. It’s an honor to work with/be in the same crew as Woolymammoth, Da-bow, Dr. Derg, Aztek, Huxley Anne etc.. I keep all my DJ sets strictly Courteous Family music without even trying. I look up to/get inspired by all of those artists. We have some big plans for the future as well. We just booked our first show in Oakland, CA in June and are trying to get more going especially in the Los Angeles area. Everyone is so driven in the collective. We are young as fuck but we are definitely making moves.

You’ve had quite a history with Huxley Anne, collaborating on countless tracks and giving her shout outs on many of your own songs. What’s it like working alongside one of your closest friends?

I met Huxley Anne almost two years ago. Let’s just say it was love at first sight for me. We connected instantly over musical taste. She was in school at the University of Utah and taking a lot of electronic music production classes at the time, and I was a self taught already established producer and we hit it off immediately. She is my girlfriend and also my best friend. Our collabs have such a unique work flow, unlike any other collabs I’ve done. She is the color, the paint. And I am the painter. She supplies all the sounds and textures and samples and melodies, and I arrange them how I think they should be arranged. Whenever we get annoyed with each other we just write a song. I’m really lucky to have her in my life.

You also grew up with classical music/vocal training. What was that like?

As embarrassing as it sounds, I went to a super strict Catholic school where you were forced to sing or play a string instrument. I was a singer and honestly was one of the best. I wouldn’t be anywhere without that school. I absolutely hated it when I was in attendance. I had to perform three times a week. I had to take music theory every day and ear training and also had to take music history class. I know my Mozart, Bach, Mendelssohn. That school allowed me to travel to Italy and England for music. I sang for the mo’fucking Pope haha.

How do you go about starting a track? Do you already have in mind what you want, or do you figure it out as you go along?

I don’t have a consistent work flow. I suck at music theory but I have an ear. I usually start with samples and try and find four really good ones. After I find the samples I start with a drum loop. First kick then snare then percussion, every time. Honestly, unless I’m making a house song I never think of what genre I want to make. It just kind of happens. My favorite plugins are Albino, Monarch, Battery 3 and hmmm. . . Ozone 6. 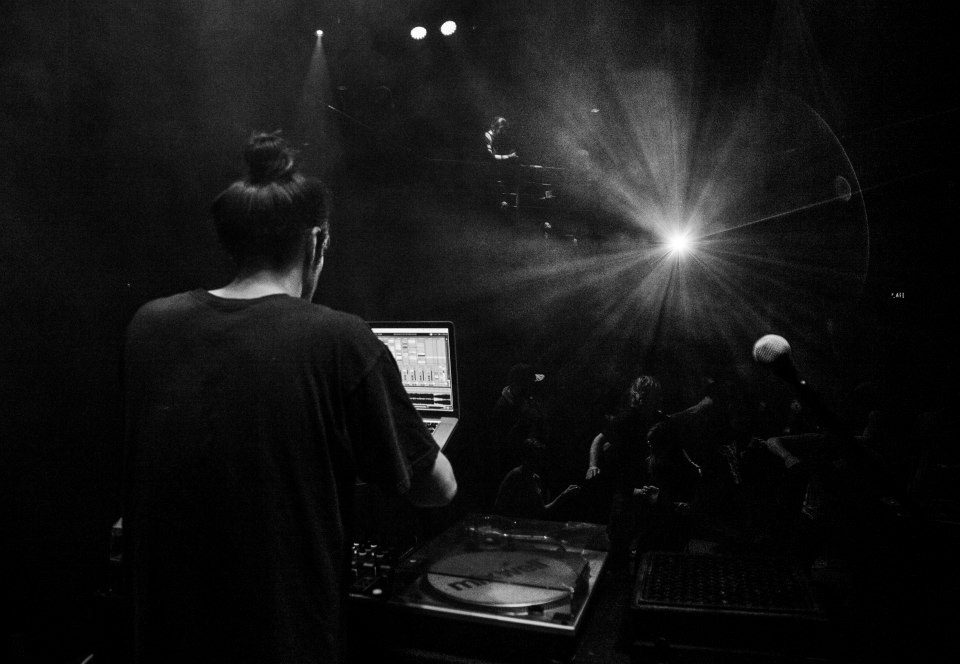 As your body of work continues to grow, have you thought about how you want to approach the live show circuit?

I’m a shy guy but I love taking the stage. It’s my favorite thing to do. I honestly never have a set planned out in my head, but I always play a bunch of originals/collabs/unreleased music I’m working on. That and music from my fellow peers at Courteous Family. Dream festivals are Shambhala, I’d play Burning Man. . . any festival in Australia and Europe. I’d love to play BUKU in New Orleans, but in all honesty I’m not a festival goer. I’ve never been to a music festival, but I’m playing some this summer. I also want to incorporate live visuals with my music. I’m trying to work with visual artists as much as I do with music producers. I think the future of music and shows is incorporating all mediums of art, and I want that to be ingrained in my live sets.

Any dream collaborations you’d like to have in the future?

Right now I have collabs in the works with Dr. Derg, Huxley Anne, Coffi, and a few others. I would love to work with Flying Lotus, Madlib, Earl Sweatshirt and Mr. Carmack.

In a scene where true originality and heart is often difficult to find, Tsuruda follows a similar path to artists like Ta-ku and Mr. Carmack. He understands his love for music and his own struggle, and brings them into the light for his listeners. Be sure to look out for his new EP coming soon, and check his Facebook page for all the latest updates.