For only being in the United States for a few years, TomorrowWorld has already secured its spot as one of the top North American festivals you can attend this season. Backed by the team who puts on Tomorrowland, the innovation and uniqueness TomorrowWorld brings to the table sets it apart from all the competitors.

Although I could spend an entire afternoon writing all the ways it stands apart, this time, we will only focus on one: the rave train.

TomorrowWorld has announced the Magical Train Voyages which kind of reminds us of the Hogwarts Express. A train full of ravers will enjoy the scenic ride together as they ride to the magical place that is TomorrowWorld, what more do you want?

“TomorrowWorld is excited to offer fans a 10% discount off the lowest available Amtrak rail fare to Atlanta, GA between September 22 – October 1, 2015. Amtrak trains running on The Crescent Line connect through the Atlanta Peachtree Station. With service to Atlanta from cities as New York City, Philadelphia, Washington DC, Baltimore, New Orleans, and dozens of others, the Crescent gives travelers an affordable window to the American South. To get to TomorrowWorld/DreamVille from the Atlanta Peachtree Station you can book a TomorrowWorld Shuttle from the nearest Downtown location.”

You can check out the preview art below and don’t forget to sign up here. 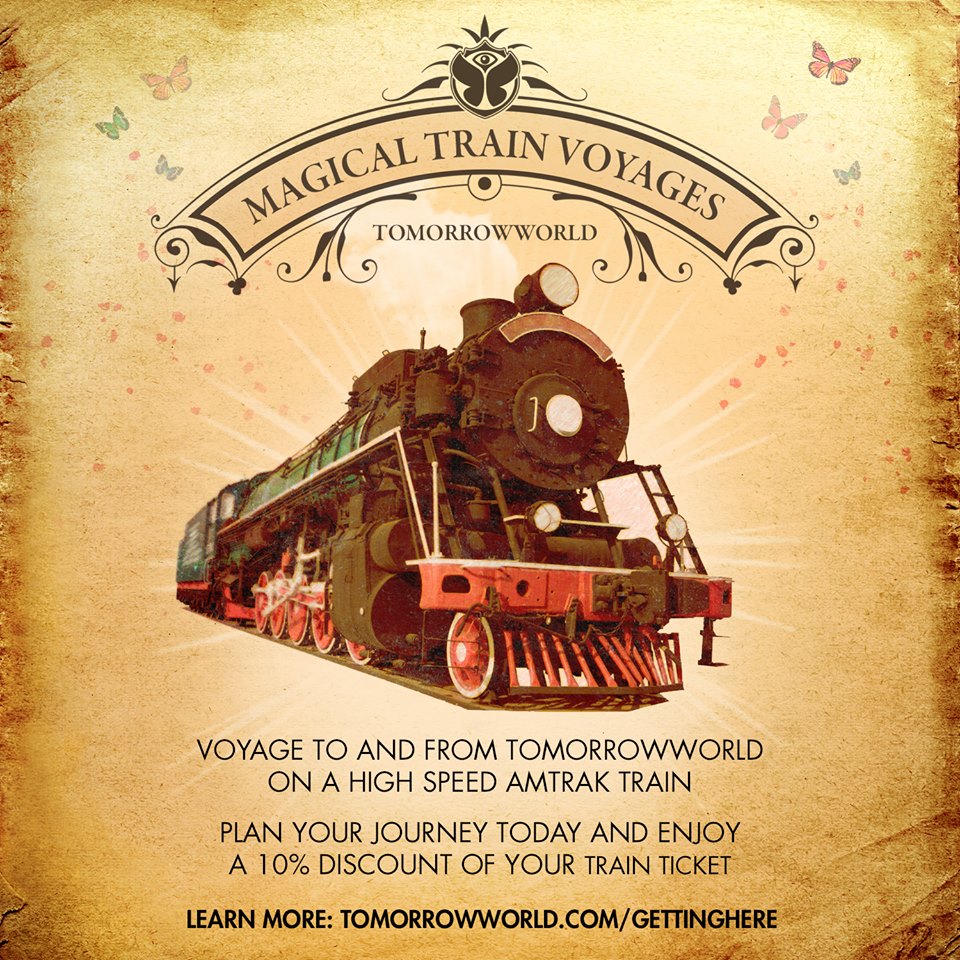 Your EDM Interview: Get To Know D.O.D