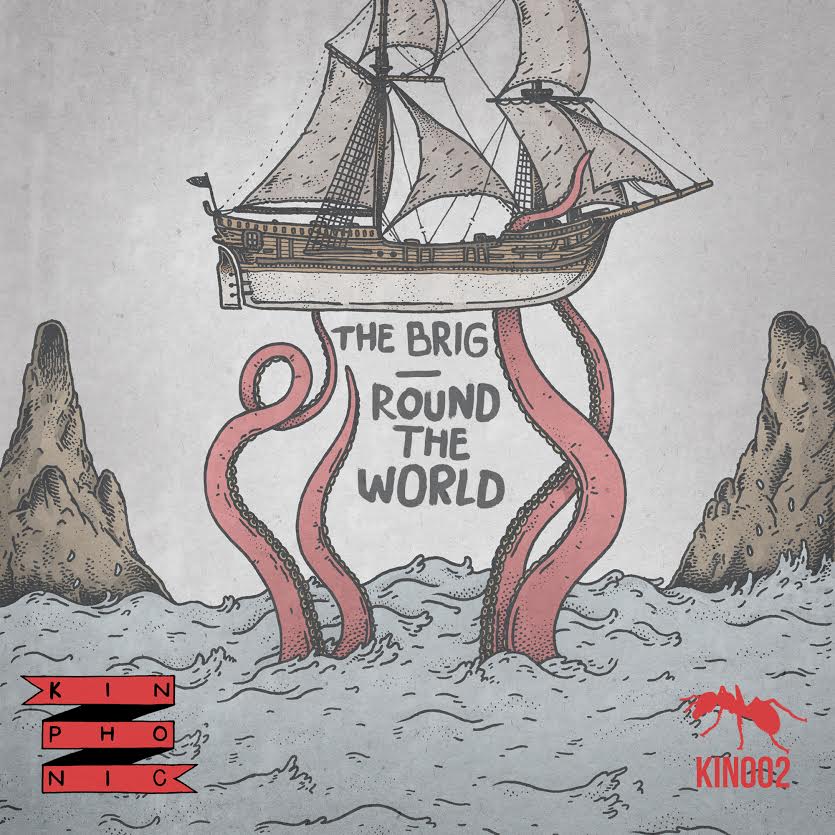 Your EDM Interview With The Brig, For His New “Round The World” EP

The Brig has been one of those underground sleepers for quite some time. I’ve personally written up a few of his tracks, but his name never makes it into any recommended playlists past the people that actually already know him. Why is this? It’s certainly not due to the quality of his music, which I can assure you, is enormous. No, if I had to venture a guess, I’d say it’s because he’s Russian and not so great at English – as you’ll read below.

I asked him some questions about his upcoming Round The World EP with new collective Kinphonic, headed up by xKore. Due to his poor English skills, he used Google translate to convert his answers in Russian into English. We’ve left them as is because he asked us to, and because it’s also really, really funny. You can almost read it in a Russian accent; we encourage it.

“Hi YourEDM! I am Russian and bad at English. I use “Google Translate” to answer questions. Excuse the answers if they sound bad – blame Google not me.”

You’ve been releasing a lot of content lately. Have you hit a creative stride, or have you just been consciously releasing more music?

Lately a lot of my tracks was released. I am very proud that a “Bottle Of Rum” now very popular track on the Internet. And hope that my upcoming release on Kinphonic will have the same demand. I created the tracks that came out this spring several years and months back. Now I have a creative impulse and you will hear a lot of hits from me in the near future.

A lot of your tracks have a really unique style, with very melodic intros that drop into very heavy bass sections. How did you come up with this style?

10 years ago I started to create trance music. Now I still love this style. Later I started to get involved in more heavy styles, such as dubstep and drum&bass. As a result, I wanted to combine melodic parts from trance music and heavy drops from dubstep music. In the end, we got unique The Brig’s style!! But now I want to find a new approach to making music, so in the near future in my tracks will continue to evolve.

How did the connection with Kinphonic first come about?

This case from start to finish doing of my manager, Han Kim. I am very thankful for him. It was something like this: Han sent to Kinphonic my best tracks, they listened this and wished to see name, The Brig, on Kinphonic . Now we have a EP with remixes. Cool!

Who had the final choice on the remixers for the EP? How were they chosen?

Kinphonic suggested several artists, I made the final choice. And I do not regret it, because the remixes very fresh and unique. Definitely I am going to play them in my future sets. Thank Tut Tut Child! Thank AB The Thief!

Kinphonic seems to be the first heavy bass collective. How do you feel to be part of a group pushing that style of music?

I am very excited to be part of this team, because I believe that the heavy bass is the foundation of any awesome party. I would like to say a few words about the artists on this label. Damn, all stars have gathered here. We Are Kin!

P.S. Love the fantastic art! Tentacles and flying ship, as a regular day of The Brig.