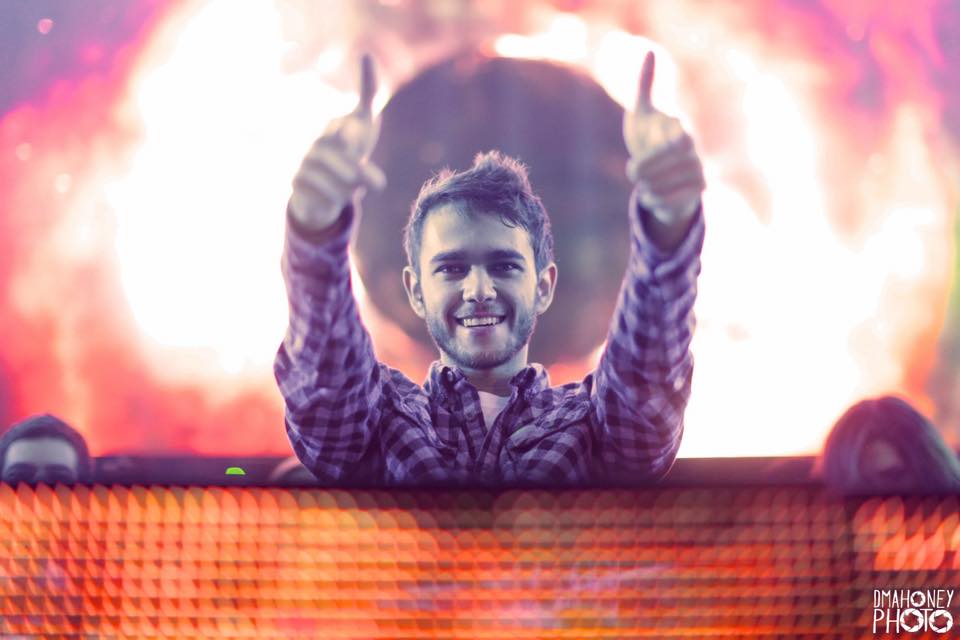 Zedd is fresh off of his sophomore album release, with the much anticipated True Colors having dropped a mere days ago.

However he is determined to keep the press wheel churning, now with a playlist meant specifically for your memorial day party on Spotify. Zedd even goes as far as discussing each and every song and why he included it, which offers a refreshing insight into the mind of the 25 year old pop/EDM superstar.

Be sure to check out his upcoming tour dates here and pick up True Colors on iTunes today.

Daft Punk, “One More Time”
“This was the first electronic song that I ever liked. I was never into electronic music as a kid but something in this song made me fall in love with the genre—so I’m pretty thankful I heard this song because otherwise I wouldn’t be making electronic music and that would be bad.”

Queen, “Bohemian Rhapsody”
“I’ve loved this song since I was a little kid. It’s probably in my top two or three songs ever. As an artist, when you’re stuck and don’t know what to do, listen to this song. It’s going to give you inspiration every single time.”

Galantis, “Runaway (U&I)”
“I recently discovered Galantis. For some reason they weren’t on my map before and this song I particularly love. I could listen to it a million times a day.”

Troye Sivan, “Happy Little Pill”
“Not a lot of people outside of America seem to know about Troye and I think he deserves a lot of attention. Usually I find people [to work with] because I hear a song and there’s one thing about it that attracts me—when I heard ‘Happy Little Pill,’ his voice was so silky and smooth and I had to ask him to work with me.”

Big Data, “Dangerous (Oliver Remix)”
“To me, this is one of the best sounding productions in the world. I’m extremely impressed with how its put together. And I loved the original, but I heard the remix first, actually, and fell in love pretty quickly.”

John Mayer, “Stop The Train”
“I love John Mayer. I’ve met him a bunch of times and we actually wanted to work together on my album but it did not work out. But I really love this song; the cords are just amazing and inspirational.”

Echosmith, “Bright”
“This song is the first time I really paid attention to Echosmith. I heard ‘Cool Kids’ on the radio before but I didn’t really know who it was. And then I heard ‘Bright’ and loved her voice so much so I looked them up and kind of started geeking out about them. Sydney has one of the most beautiful voices I have ever gotten the chance to work with.”

Leon Else, “Protocol”
“Protocol is one of those songs that not a lot of people know but [Leon’s] a really talented dude. I heard this song randomly on some radio station in the middle of the night and just fell in love.”

David Guetta, “The Alphabeat”
“This is probably David Guetta’s most underrated song. It was my inspiration for the ‘Breaking A Sweat’ remix I did for Skrillex—and for a lot of other songs because I think it’s brilliant. And it’s not like I heard it and then immediately made ‘Breaking A Sweat’ but at some point when writing a song you realize which songs might sound similar or maybe you picked up on something you heard somewhere. Creating a song, truly, is always a combination of everything you’ve listened to in your life. Your brain just picks all of those puzzle pieces and puts them together to make something—I realized how much this song influenced me after I did that remix. There were a lot of parallels, not sonically, but the emotion is the same.”

Seinabo Sey, “Younger”
“This is a beautiful song, it’s a really interesting mix of genres that I can’t actually quite name. And her voice is absolutely incredible.”

Zhu, “Faded”
“This is one of the first songs that got me into the deeper end of house music where each element of the song has a lot of space and is so excellently produced.”

Dillon Francis & DJ Snake, “Get Low”
“Dillon Francis and DJ Snake are two of my great friends and I think they’re super talented. This song in particular is my favorite song from Dillon’s album [Money Sucks, Friends Rule]. I think it’s super energetic and a really nice mix of genres—I don’t even know what you’d call it but it’s just really always stuck in my head.”