I think one thing people forget to tell you is that chasing your dream(s) is not exactly a walk in the park. In fact, it’s extremely hard. There’s a reason why a lot of people don’t follow their dreams or they just give up on them. There are times when you feel misunderstood and lonely, and other times when there is just so much doubt. So why follow your dreams? Because when you are able to persevere through the difficult times, it makes all of the sacrifices worth it. If there is ever a time when you doubt yourself and your dream, refer back to this story…the story of Hungarian-based David (Dave) Nagy and Zsolt Milichovszkim (Sully)…aka Stadiumx.

From the onset of their childhood, Dave and Sully adored music. While Dave was a musician pretty much from day one, Sully didn’t start creating music until about the age of 10. For Sully, this came when he saw one of his friends’ fathers working as a sound engineer at a renowned theatre in Budapest, Hungary. After seeing him work with so many artists and musicians, he knew that it was time to try it out himself. He got into jazz, funk, soul, and even rock music after watching his brother play guitar for many years. When he heard music from Cassius, Roger Sanchez, Erick Morillo, and Louie Vega, however, he knew house music was his calling. For Dave, he played the piano for over 12 years and went to music school. This dream fell short when he realized that his fingers were not long enough to be a prodigy. Instead of just giving up on music, he improvised and started DJing and producing in high school after hearing music from Axwell and the Global Underground DJs. In 2002, Sully began his career as a DJ and producer under the name Muzzaik with Daniel Dalmady, producing house, tech-house, and progressive house. Since Budapest and Hungary in general, have a very small music scene it was difficult for Dave and Sully to find the right resources to upstart their careers. While there are several renowned Hungarian producers, such as Myon & Shane 54, Chris Drifter, and Jay Lumen, management teams and booking agencies are very rare in this area of the world. According to Sully, “The scene is just too small right now to have those people here!”

But the lack of resources did not stop them. Sully’s Muzzaik project quickly acquired a lot of recognition and success. For instance, they collaborated on a composition with Grammy award winning producer, Roger Sanchez, Chus & Ceballos, and in 2006 their tune entitled “You Can Turn Me On” reached #8 on the Billboard Hot Dance Club Playlist. They had releases on Cr2, Toolroom, Stealth, Nervous, and Spinnin’ Records to name a few. In 2008, they were named the “Producer of the Year” in Hungary. Due to this success, Sully was asked to perform at a producer workshop in Hungary just one year later. Dave was in attendance, approached Sully after his performance, and the two hit it off from there. Shortly after the workshop, the two hit the studio together and Stadiumx was born. 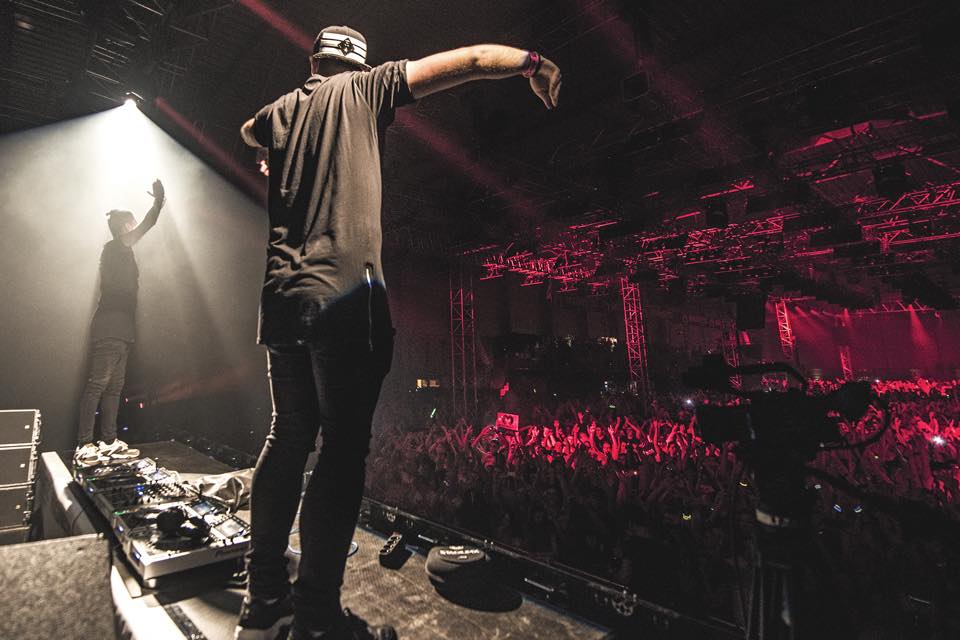 It took several years before the Stadiumx name made its way onto the radar. They spent countless hours in the studio just waiting for that one “hit” to take them to the next level. It was frustrating (as it still is)…Dave and Sully would get burnt out. However, the benefit of having a teammate is that they can always pick each other up during the difficult times. Even though they often have different ideas and visions for their music, they work well together because they care about and respect one another. Dave says, “It’s hard to work as a duo, however it has many benefits if you find the right person. Our different visions enable us to evolve as artists and it usually serves as a great starting point for many ideas.”

In 2014 they knew that all of this hard work, sacrifice, and perseverance was absolutely worth it. They released their first hit single “Howl at the Moon” featuring Taylr Renee on Nicky Romero’s Protocol Recordings in February of that year. The tune reached #1 on Beatport, amassed over 1 million views on YouTube, and was the most played track at Ultra Miami 2014. That summer they also did an official remix for David Guetta’s chart-topping single, “Lovers on the Sun” and at the end of 2014 they released a follow-up on Protocol with Tom Swoon. They already have big tracks lined up for the second half of 2015 as well. Next week they’ll be releasing a re-edit of Wess and Aleksandar Galoski’s “Lyon” on Flamingo Recordings and then later this year they have a collaboration coming out with Nicky Romero, which was debuted at Ultra Miami 2015. 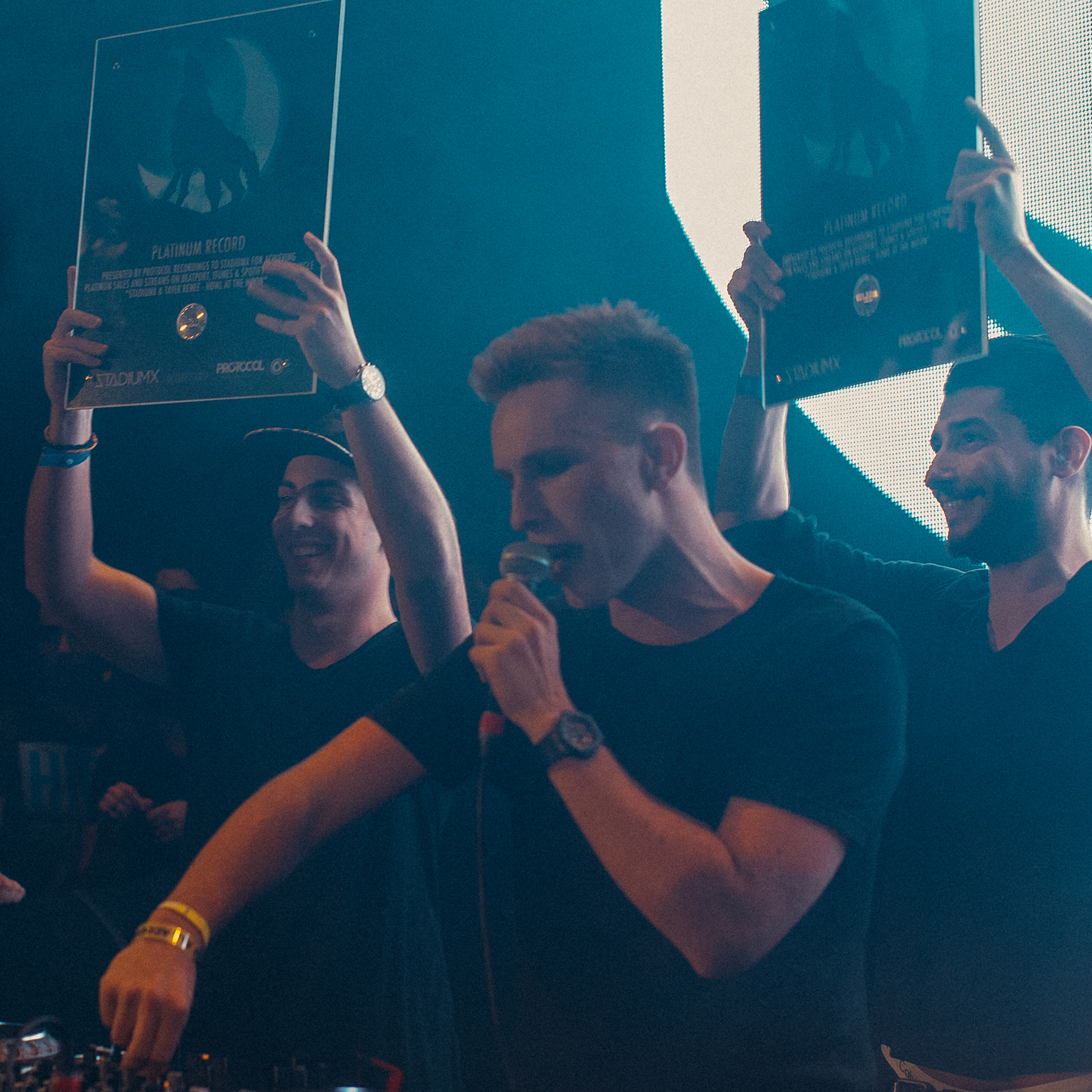 It’s evident that Dave and Sully show no signs of slowing down in the future. Just like other artists, though, they will have to remain innovative and let their sound evolve. This can be difficult because there are certain fans and critics who like to pigeonhole artists and judge them if they don’t produce something that is in this imaginary box. They want to hear the same sound and quality. Well the good news is…Dave and Sully want to prove to their fans that they can think outside the box without losing their originality and signature sound. They refuse to release music that they are not 100% happy with because they want to make music that fits their standards and taste. They simply want to create music that makes people feel good.

So, whenever you begin to doubt yourself, read this story. Even if you are happy and enthusiastic about chasing your dream right now, then you can still read this story to maintain inspiration and motivation. Just remember: despite the difficulty and uncertainty of chasing our dreams, if you keep fighting, the end reward will 100% be worth it.