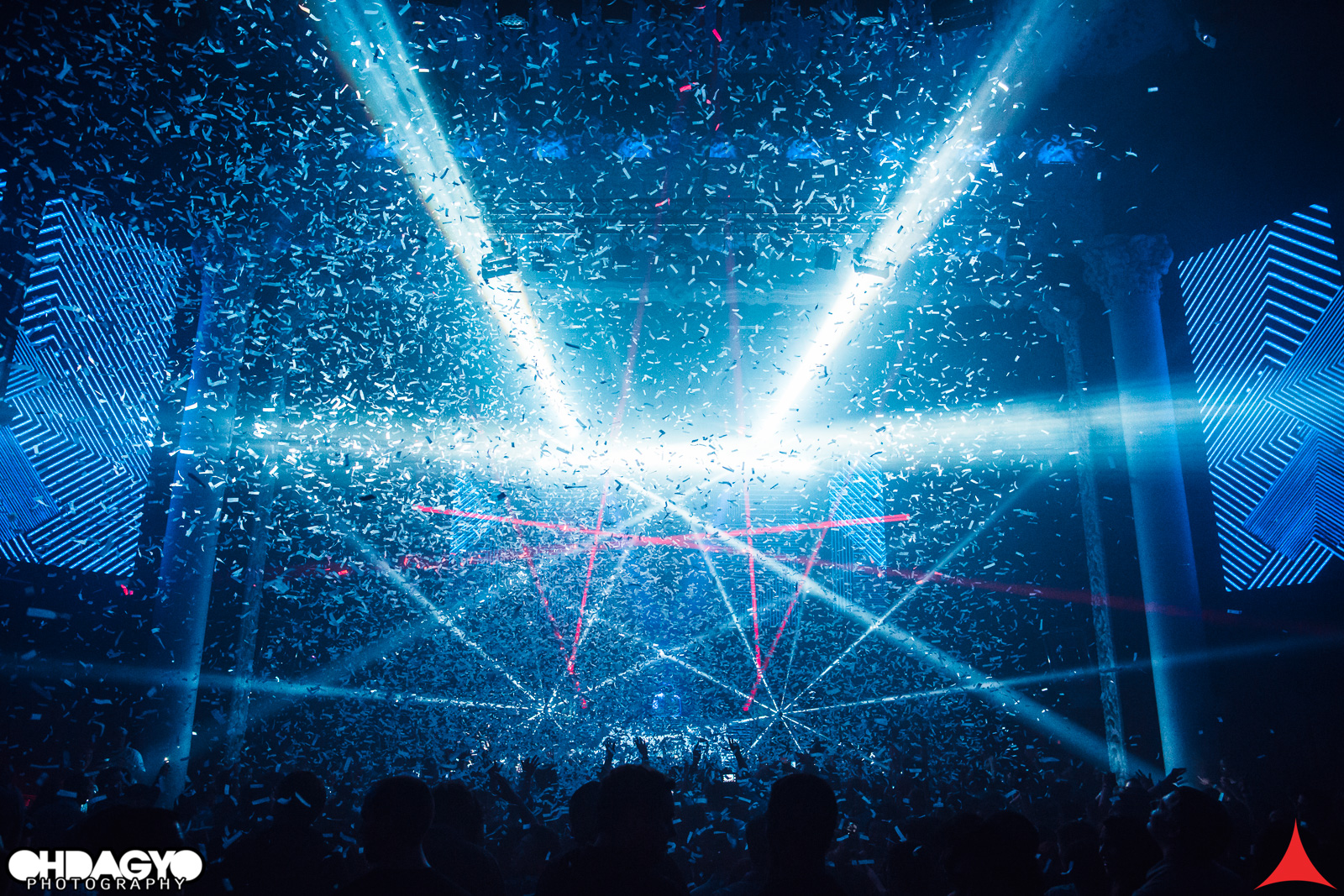 After walking in to Avalon for the first time on Friday, I realized that it’s everything everyone said it would be. My friends have told me that if you haven’t been, it’s a right of passage. Let’s just say that we have nothing like this venue in Indiana. When you walk in, everything is extravagant. There is a staircase that leads to the dancefloor with seating on both sides. Not to mention, the VIP/bottle service area is atop the dancefloor. Extravagant yes, but the most important thing: incredible music.

Avalon is known for bringing in dance music’s biggest acts, especially for their Friday series – CONTROL. On the lineup for June 12th was HeRobust, K Theory, and Caked Up. I had yet to see any of the three acts so I was pretty excited come show time. HeRobust was first on the lineup and all I can say is…wow. It’s been a very long time since I’ve heard a good bass-heavy set. Hayden, aka HeRobust is a phenomenal DJ. He played everything from Flux Pavilion to Showtek and even did a sick edit of Dillon Francis’ “Get Low” with Lil Jon’s version. This is everything I want from any DJ set – diversity, mixing up BPMs, and taking the crowd on a musical journey.

I was a little disappointed because I was expecting K Theory to take the floor after HeRobust. I had really been looking forward to seeing them, and they are my friends’ favorite act so I know they were stoked about it too. I didn’t realize how late Avalon stays open and that one of the tour support artists usually closes out the night. So Caked Up was next. I will admit that over the last year, I’ve kind of formed an opinion of this duo from all of the negative ones I’ve heard everywhere else. I was not very excited to see them. The music they played was pretty dope, but I just thought it was the “typical” DJ set of today – very high energy, a lot of big room, and not many breaks. I know a lot of people like this, which is awesome, but it’s just not for me. I enjoyed it for the first 20 minutes, but I was ready to leave after that. This was unfortunate because I really wanted to see K Theory, but I was too tired to make it through.

Nonetheless, I was very impressed by the entire night. Going to Avalon showed me that I do need to move to LA as soon as I graduate.   The music industry surrounds it. For example, the Capital Records building is right next to it. It was honestly a dream to be surrounded by this and I know one day it will become my reality. The next time I come back to LA I will absolutely be back in attendance at this legendary venue.