Your EDM Premiere: Svoy – Symphony No. 1: What Happened When I Was Asleep

While artists such as Animal Collective, Aphex Twin, and XXYYXX have garnered notable attention over the past few years, Mikhail Tarasov, AKA Svoy, is one of the most accomplished experimental electronic artists you’ve never heard of.

Now based in New York City, Tarasov is a Russian-born pianist prodigy. Studying under some of Eastern Europe’s most acclaimed professors, he was able to move from the port-town of Vladivostok to Moscow in pursuit of higher education. Tarasov has earned numerous awards for his musical achievements, is an honor graduate, and the recipient of three degrees, one of which from Berklee College of Music in Boston. After such a classical/jazz upbringing, it makes sense Tarasov would branch into the expansive world of synthesizers and possibilities of electronica. While in Boston, Tarasov began exploring the realms of production and songwriting, studying further under some of the industry’s biggest composers like Mike Post and Atli Örvarsson. Back in the days of MySpace, Tarasov began work on a demo tape under the name of Svoy, which evolved in scope to become his first release entitled Eclectric. He’s since produced a total of three EPs and three full-length LPs, all of which are composed, produced, arranged, performed, recorded, mastered, and designed by Svoy. Following last year’s Lovedso EP, the Russian artist’s fourth self-produced album, Symphony No. 1: What Happened When I Was Asleep, is scheduled for release June 23rd. 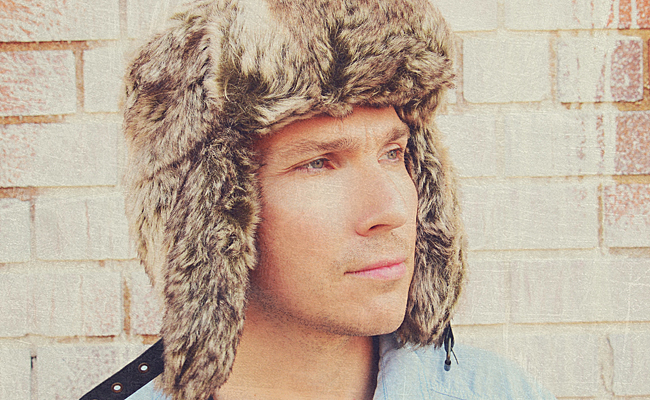 It’s a beautifully avant-garde collection that incorporates the gamut of genres, including breakbeat, dub, neoclassical, ambient, and more. The ten tracks of the album escalate in intensity, each more pensive and introspective than the last. Utilizing a vast array of techniques, Svoy has created a sublime journey that treks through each song like a winding landscape. Just as the title suggests, all of the material centers around expression, and it sounds very much like what a brain might do while we sleep.

Though each track offers its own segments of uncompromising beauty, a few notable moments are the poignant resonance of “What It Feels Like,” the scribbling grit and whispering synths of “Sleeping Beauty,” and the retrograde 80’s ballad of “Love.” In addition, Svoy has tucked covers of “The Long and Winding Road” by The Beatles and “I Shot Her Down” by Adam Levy amongst his original arrangements. In all honesty, Symphony No. 1 is an incredibly forward-thinking production that’s beyond description and completely open to interpretation. In order to experience the full effect, listeners are encouraged to hear the entire composition non-stop, like a film at a movie theater or a theatrical play. Have a listen to Svoy’s latest work of genius below.

Oh, and if you’re wondering about his namesake, Svoy can be loosely translated from Russian to mean “self-contained.”