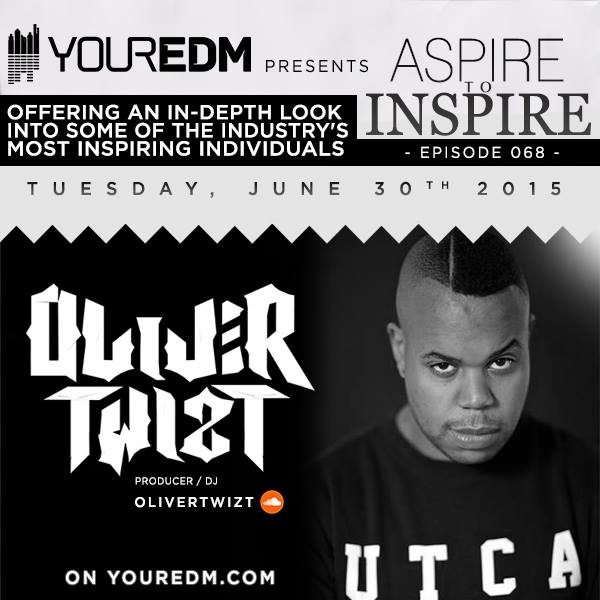 Most would think that someone is born with music in their veins and that they would find a way to start creating it at a young age. However, when we sit down and truly think about it, we know that our passions can come a little bit later in life. However, there is still something about being inspired from the music we listen to that we want to start creating it later in life.

Joel Oliver Francois René, aka Oliver Twizt, has been a part of this natural progression of being an avid music listener turned beat maker then turned DJ. Joel grew up in Utrecht, Netherlands with a reasonably normal life of working on his education, listening to Hip Hop music, and hitting up the clubs at age 13—in the Netherlands, this is the norm. He went to a primary university school called the Technical University of Eindhoven to study industrial design. He states, “I never had the ambition of being a DJ. I thought I would end up working at the design team of Philips.”

Making his way through life, Joel started to dabble with DJing and producing back in 2006. He thought he was on the path to creating only cool hip hop beats, like Bad Boy and Cash Money records, but when he heard Benny Benassi’s song “Satisfaction”, his music goals started to change.

Life hit a standstill in 2011 when Joel’s mother passed away.  He reflects, “I still think of her every day.  Life hasn’t been the same since. It was really hard to keep focus on my career.” But in 2012, a lot of opportunities came flooding his way, which helped him gather some inspiration and get back on the musical train.

Battling the EDM hierarchy, Joel has begun to make way and has received a lot of recognition from playing mega-festivals like EDC, Tomorrowland, TomorrowWorld, and more. Having the chance to be recognized and tour internationally has opened his eyes to how big the world really is. Meeting a magnitude of different people from various cultures is something he has infinite gratitude for, especially when it comes to his fans.

Joel hopes to leave his musical mark with his fans just like they have left their emotional marks on him.  His words of wisdom suggest: to stay awesome, kick out those bad vibes in negative environments, and be surrounded by happy and ambitious people. One day, we will all be one, together with no racism, or discrimination. Music is for everybody.