Yes, you read that headline correctly, and you should keep reading because this actually happened.

In the new music video with Justin Bieber for their hit collaboration “Where Are Ü Now,” Jack Ü asked fans to sketch over various frames of the music video. The video promptly displays said art in a flowing, apparently tasteful manner, with submissions ranging from wonderful to bizarre to reported jabs at Selena Gomez. However, one inclusion in particular landed in the realm of outright hilarious.

At approximately the 123.14 second mark you might be able to briefly make out what looks like an object piercing Bieber’s mid section. Slow it down enough and stop it at just the right time and you’ll find out that said object is actually a very NSFW protuberance – namely a gigantic penis that was drawn as if to pierce his abdomen and is “releasing” on the other side. 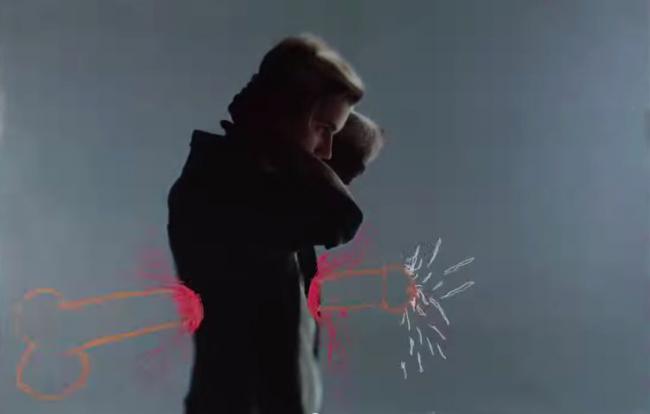 Yes this is real. But, we honestly don’t know what to make of it. Our assumption is that a certain video editor might not sleep very well tonight knowing that his sly joke was not quite sly enough.

Watch Justin Bieber get impaled by a giant penis below.

The Chemical Brothers State All Electronic Music “Sounds The Same”

The Chemical Brothers State All Electronic Music "Sounds The Same"