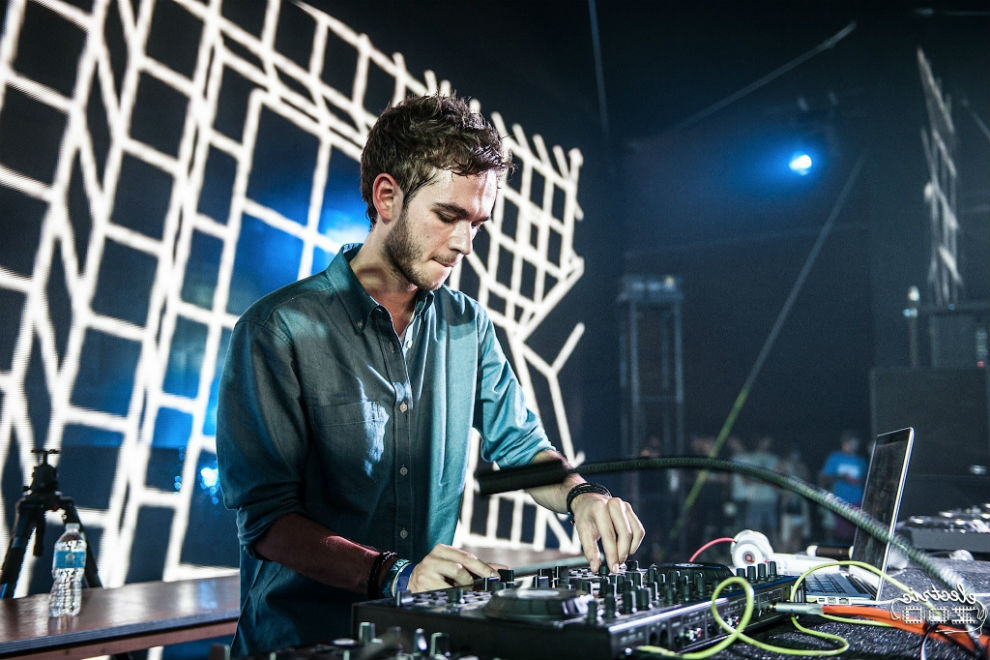 In a recent interview with the Associated Press, Zedd revealed an unlikely participant in his initial rise to stardom. According to the conversation, his track “Addicted To A Memory” off True Colors was sent as a demo to none other than Lady Gaga nearly three years ago. After being blown away by Zedd’s fresh sound, she immediately contacted him to produce her album ARTPOP and lock down a spot at Interscope Records.

She said she wanted me to produce her album and she called Jimmy Iovine and said, ‘You have to sign this kid Zedd.’ So Jimmy signed me because Gaga called him.

Zedd goes on to talk about his first meeting with Selena Gomez in an unexpected location. What began as an accident turned into an ongoing musical relationship.

Our studios are right across the street from each other, and I just went to the bathroom and ran into her at the studio. We recorded her vocal and I loved it, and I never tried anyone else on it.

Despite the inclusion of his own vocals on nearly every recent track, Zedd speaks about his dislike of his voice, saying that he’d rather take singing lessons before ever attempting to do lead.

I actually sing on almost every song on the album, I’m just not the lead vocal. But a lot of the time, you don’t always get enough time with your lead vocalist, especially nowadays, everybody’s touring a lot … so I always do the backing vocals myself. I would never be the lead vocal. I don’t like my voice enough to ever be the focus of a song. I would not be opposed to taking singing lessons and getting better at it. As of right now, I enjoy not being the center of attention.

Finally, Zedd describes working on one of Ariana Grande‘s tracks “Break Free” nearly a year before it was released. They met at a pre-Grammy event before she had put out her second album.

I heard her voice and personally I didn’t even know anything about Ariana Grande back then. But I loved her voice and I told my manager that whoever the singer is, I wanna work with her.