The Burning Man experience transcends your average festival trip, considering that the event is almost entirely organized by the lucky attendees who journey to the Black Rock Desert venue year after year. With no curfews or noise ordinances, artists play well into the nights and mornings.

For the upcoming 2015 edition of the festival, Burning Man organizers, or BMOrg as attendees refer to the organizational body, plan to bring a new experience to the playa: a Dance Music Zone designed for cars with not one, not two, but three levels of sound.

BMOrg will situate the DMZ a mile away from The Man, the massive wooden mascot that guests burn down every year. Organizers also announced that porta-potties would be located at each end of the DMZ, giving Burners a guaranteed spot to take a bathroom break during late-night partying. The DMZ will have space to accommodate several mutant vehicles at a time, and the zone is the only location on site that will allow these mutant sound cars to have parties longer than three hours. Given that previous Burning Man attendees include Skrillex, Above & Beyond, and Diplo, we can only guess who may show up during the festivities.

Check out a map of the 2015 edition of Burning Man, featuring the new DMZ, below: 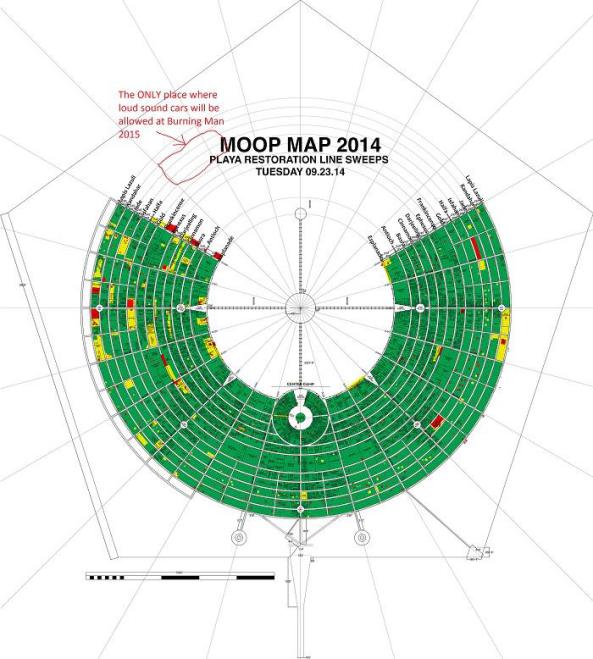