This is why we love Dada Life, two of the most fun-loving DJ/producers on the planet. Their champagne & banana-themed antics make for a great time at live shows, where fans come dressed in banana suits and are subsequently doused in bubbly by the Swedish duo.

Now Dada has stepped it up a notch at their favorite festival in the world, which they founded, entitled The Voyage. Co-headlined by the likes of 3LAU and the Bixel Boys, Dada introduced the “first-ever Bananageddon” to raise awareness about Tropical Disease 4, or Panama Disease, which has devastated banana yields in Africa and poses a serious threat to the biggest exporter of the lovable fruit, Latin America.

In support, over 600 fans showed up with donned banana suits to set the Guinness World Record for most people dressed as fruit, trumping the German-held record of 400+ tramping around as grapes.

“We use bananas for everything, seriously. They’re on our rider, our fans come to gigs dressed as them, they’re even in our logo. Imagine if we can’t get hold of them any more, it’s a crazy thought.”

Check out pictures of the record setting festival below! 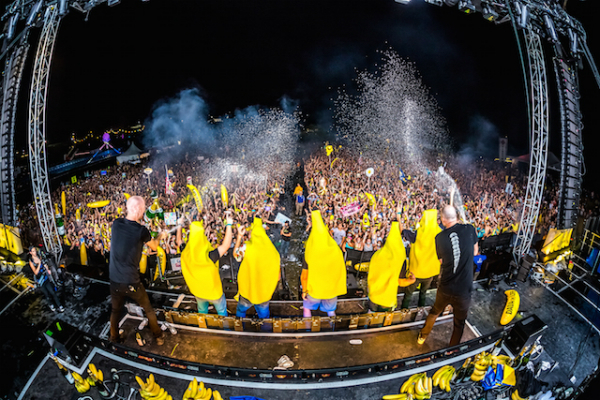 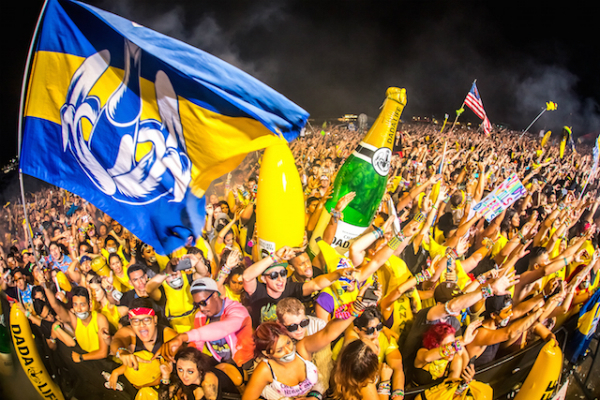