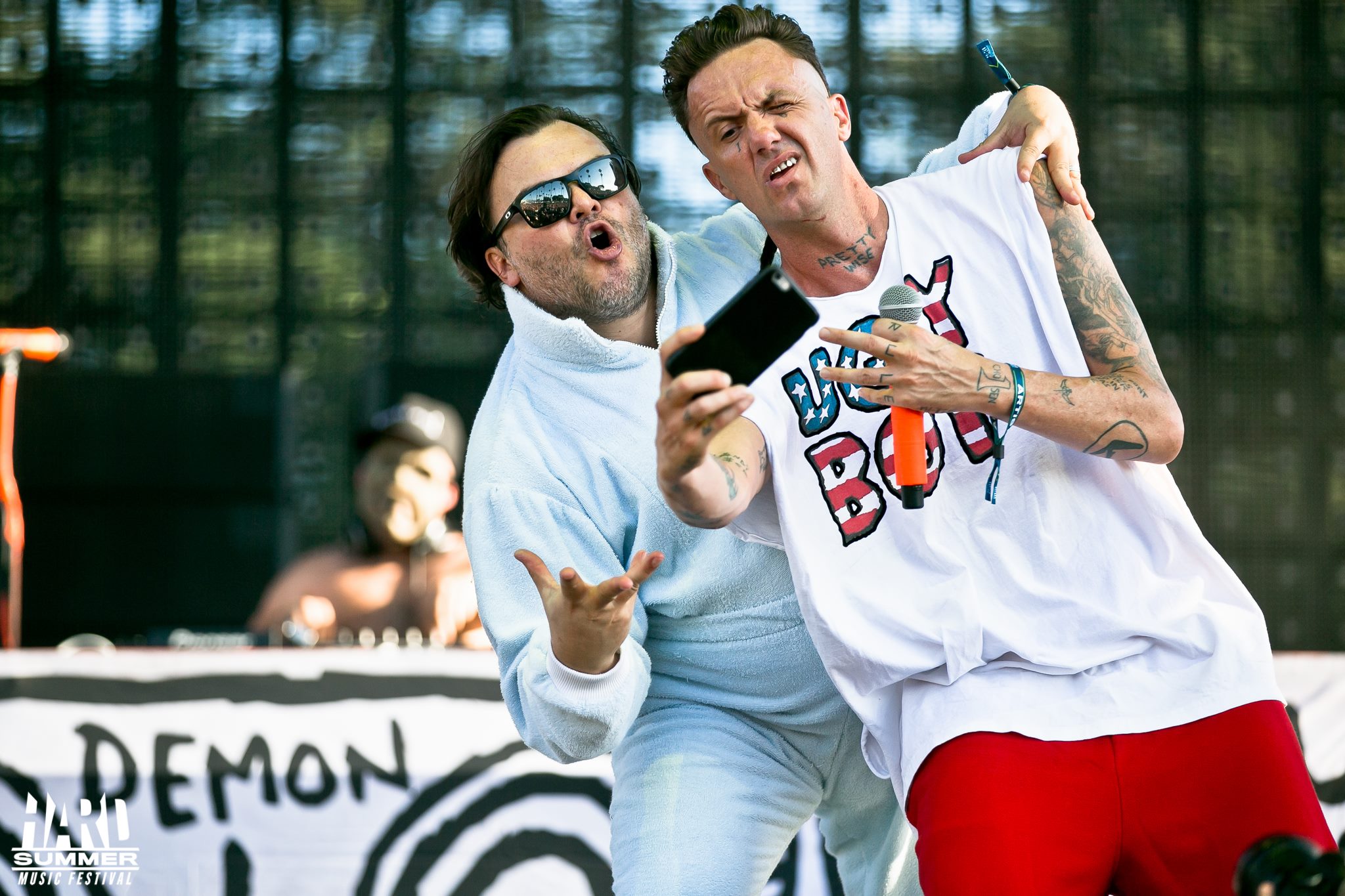 Die Antwoord was definitely one of the must-see acts of HARD Summer this year. The South African duo put on a show of humongous proportions, with a lot of latex body suits and odd performance antics – but then again, that’s exactly why you go to a Die Antwoord show.

That … and a random appearance from Jack Black.

He first appeared on stage in a large all-white track suit, prancing about on stage before the cameras zoomed in to get a better look at the unknown figure. Slowly, the crowd began to mumble until too many people realized and everyone suddenly started shouting to their friends, “Jack Black! It’s Jack Black!!”

Check out the video below of what he does when he gets a hold of the microphone.