Diplo Mistakes Female Baby Pictures As His Own… This Is Weird

One of the stranger stories of late that has recently emerged comes out of the Diplo camp where someone has brought up a very strange occurrence… an alleged accidental theft of a girl’s baby photos which the notorious “Kanye West of EDM” has claimed on several occasions as his own. 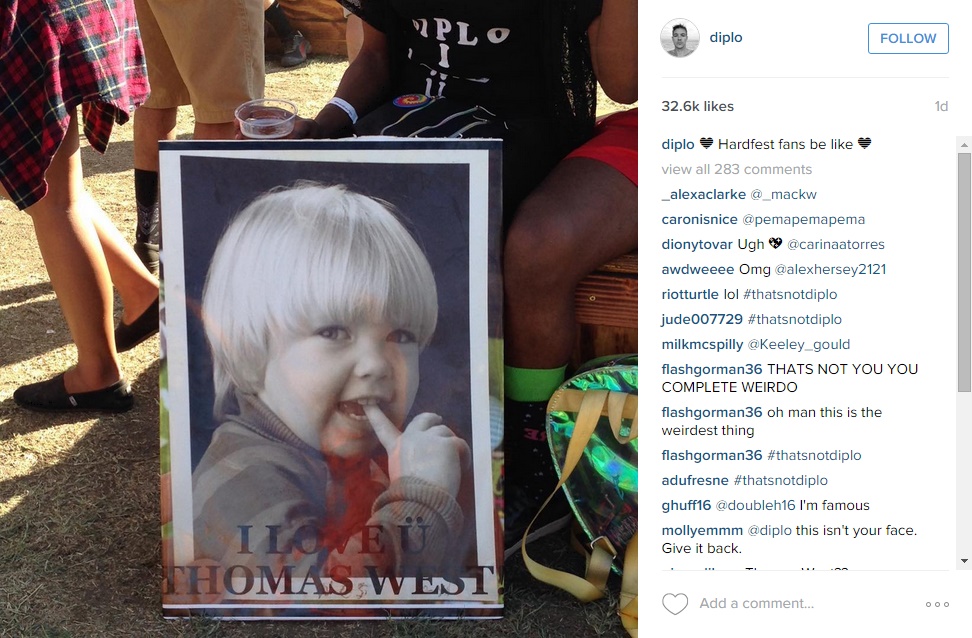 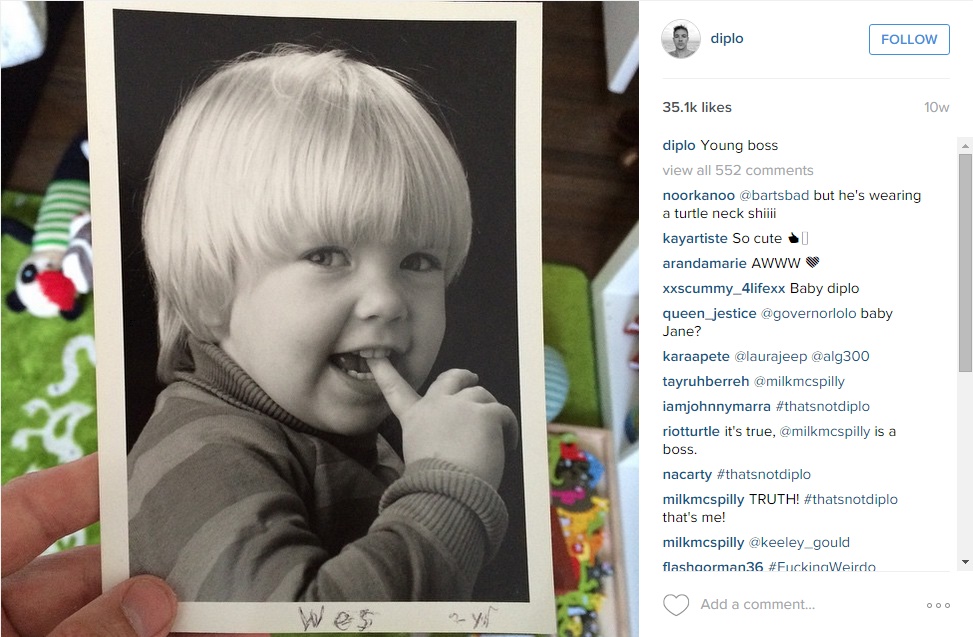 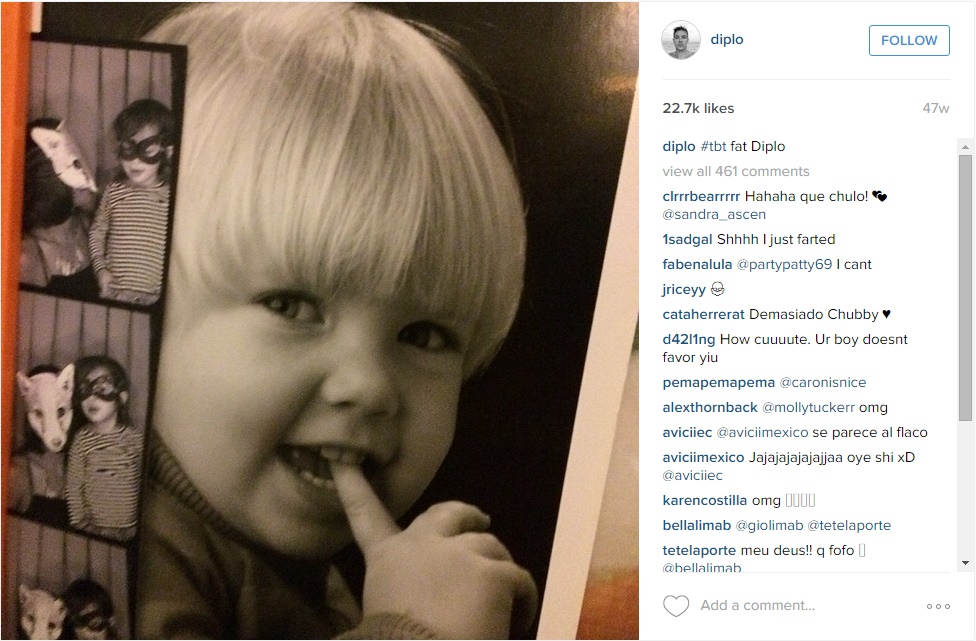 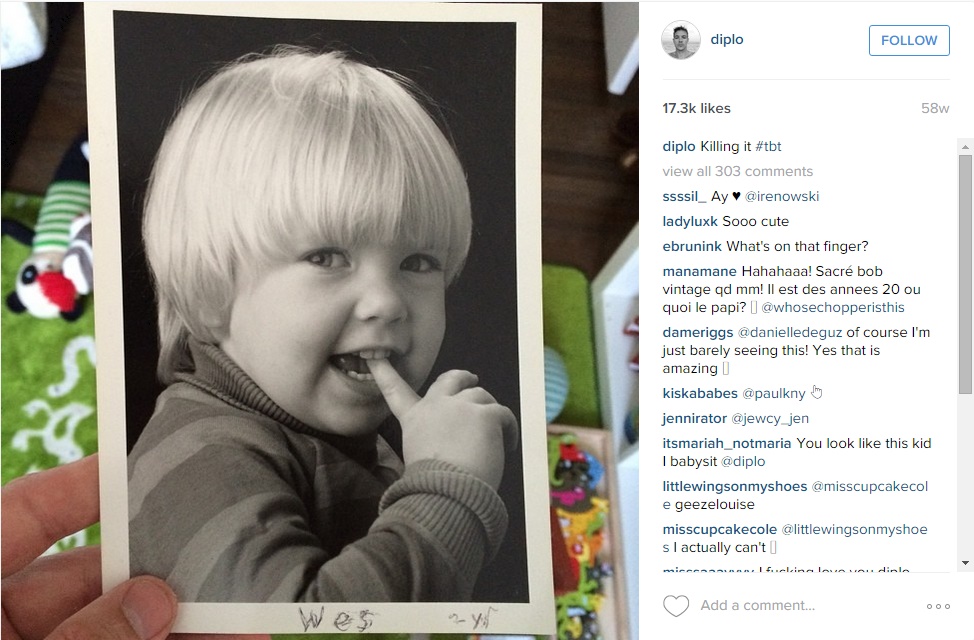 Thanks to Gawker, it has become an increasingly strange story. Diplo has replied now several times, claiming that it was perhaps given to him as a joke but since has been hung up by his son in his room – who believes that the girl pictured, Kate, is his father. Quite the hilarious circumstance, the picture has also been touted as a totem at festivals and posted to Diplo’s social media on multiple occasions. 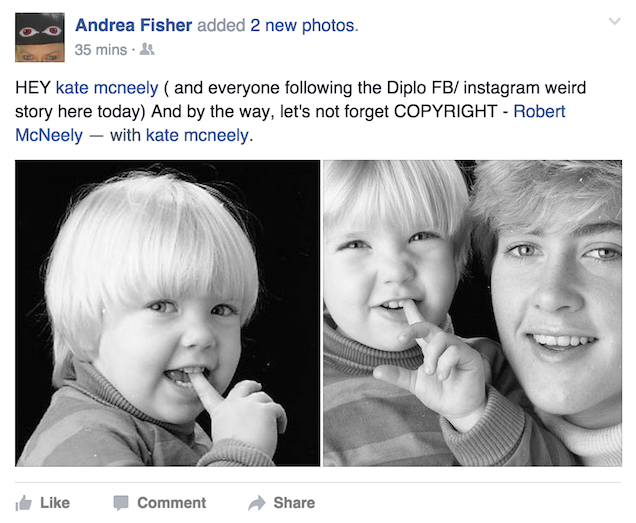 Although the fiasco has no real explanation, as the pictures were never published or used in any promotional fashion, it’s definitely hilarious and quite interesting … especially provided the sex difference, though you can’t really tell from the pictures. Check out the exchanges on Instagram below and join in our suspicion of how this mix up could possibly happen. 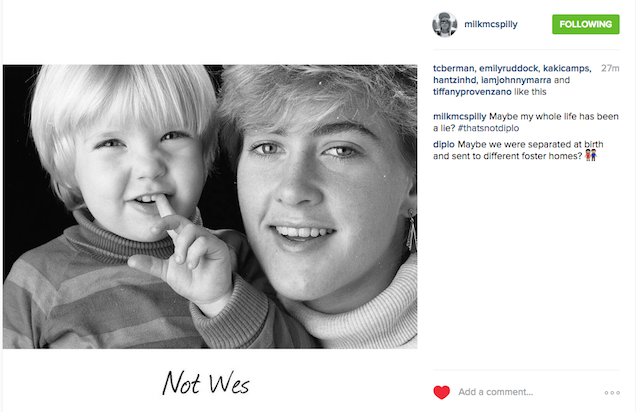 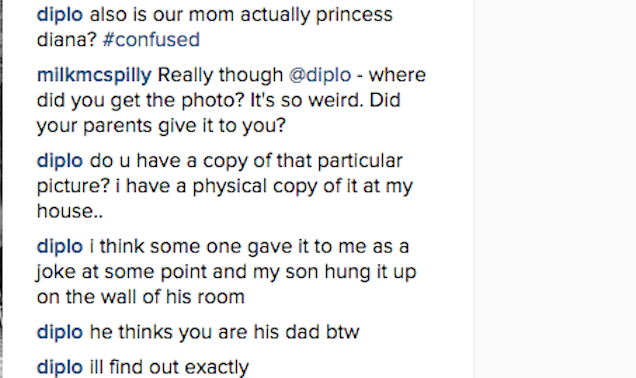