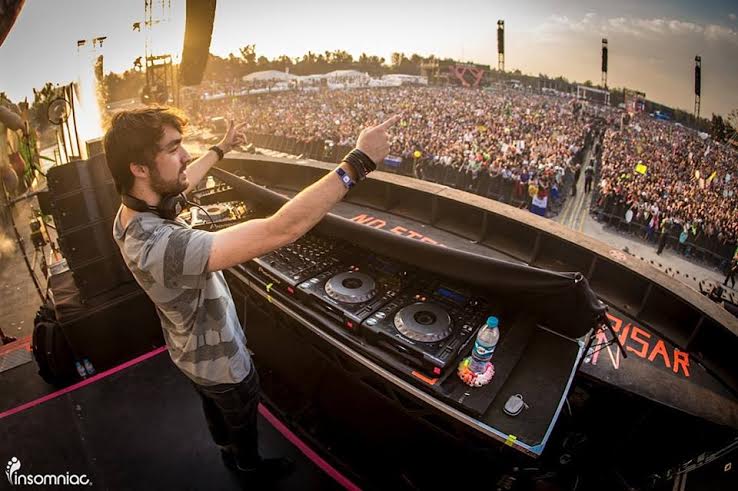 Although VELD Festival in Toronto was a huge disappointment for me, as I traveled from Colorado to Canada to attend, only to witness a 2+ hour postponement despite no precipitation on Saturday and a full cancellation on Sunday towards the end of Oliver Heldens‘ set – I did have the fortune of sitting down with said king of future house to discuss quite a few topics.

One that he focused on quite heavily, and which certainly raised a few questions in my mind, was his response to the question: “If you could change one thing about the EDM scene, what would it be?”

His response was straightforward, but introduced a particularly interesting concept.

“To have DJs play one and a half hour sets at festivals.”

Heldens’ reasoning was simple enough too; there’s only so much music you can play in an hour. Not only does the traditional hour-long set time heavily restrict what the artist is capable of playing, but it also is an ubiquitous rule that applies to everyone performing, excluding a select few headliners.

The truly important question that arises from this discussion is: why don’t festivals extend the set times? Well, say Festival A changes their set times to a standard 90 minute minimum. Suddenly they can only host a smaller amount of artists, which slims down the amount of potential interest for fans to warrant attending. Even worse, it decreases the chances of artists wanting to be booked at Festival A, when they can play an hour long set for the same booking cost at Festival B without having to change their – often prearranged – set.

As a connoisseur of electronic dance music, this is a change that I would no doubt be receptive to, and I’m sure many of our readers would be as well. Quality always takes precedent over quantity in my book, and it would no doubt make for a spectacularly different festival – however for such a change to occur, the call for extended length sets would need to be universal (as per the previously mentioned reasons). Still, if such a change were enacted, it would open up the book for more free-form sets that include more songs outside traditional showcases from the performing acts of their own music. This would enable the DJ to take revelers on more of a “journey,” a notion that Heldens strongly supports.

Is this something you would want to see as an attendee? Tweet at us and let us know… and check out one of Oliver Heldens’ best live sets (albeit only an hour long) below!