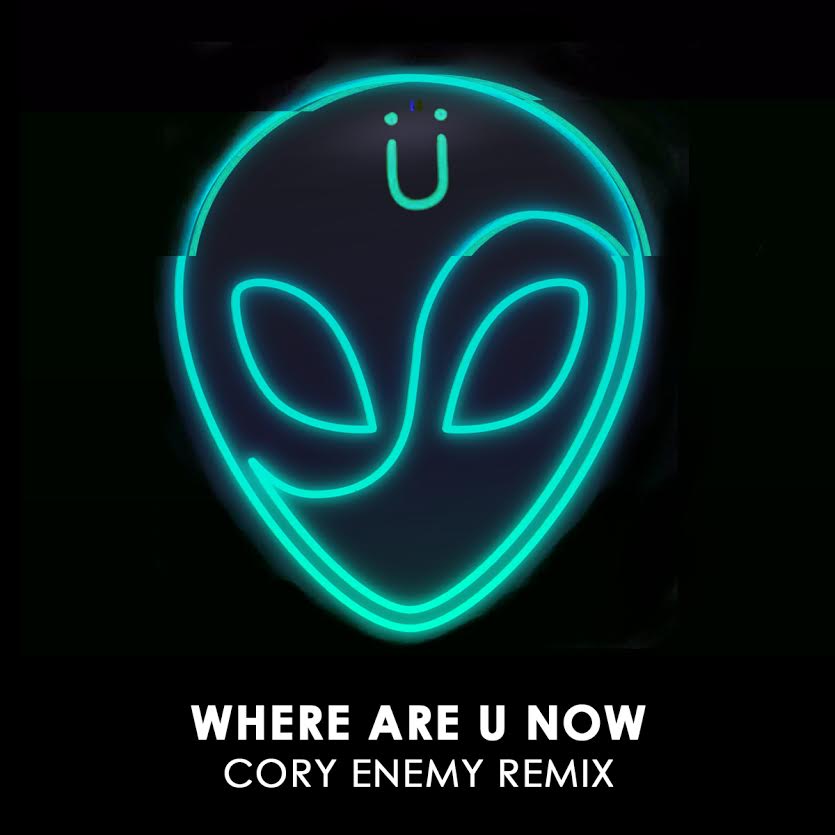 LA’s own Cory Enemy is here with a special remix of Ember Island’s cover of Jack Ü’s track “Where Are Ü Now” with Justin Bieber. (It’s a mouthful, I know.)

Cory transforms the poppy, downtempo original into a future house smasher guaranteed to get the dance floor moving. Chopping the vocals and adding a few choice synths breathes fresh life into the track and cements Cory’s status as a capable producer – as if he wasn’t already.

Even more impressive is the fact that this remix showed up on Diplo’s reposts on Soundcloud, a feat accomplished by very, very few producers. Take a look at Cory Enemy’s own thoughts on the remix below.

There are so many new sounds happening in dance music right now that I am finding so inspirational but with this comes the problem of trying to dedicating yourself to one sound. Fortunately, as these new “future” sounds have started to grow in popularity in the past two years, so have the minds of the general audiences of electronic music, now making it easier for artists and producers to feel like they can create freely without alienating their fans and free to explore new sounds and subgenres. The direction I took on this remix was my attempt to incorporate several different styles and sounds in a bit of a hybrid and still maintain elements of my past style and familiarity. Musical evolution is so important to me as an artist and I think the artist that continue to evolve their sounds are the ones that will and are pushing  music forward in general. The very first time I heard Ember Island’s version of “Where Are Ü Now” I immediately had the idea and vision for the remix. I pretty much instantly knew exactly how I wanted it to sound. I started remixing it as a bootleg just sampling the original song and then I later asked them for an acapella. I actually made the remix like months ago, two weeks after they released their version. But it took this long to get the label’s approval on it. I actually remixed the Ember Island version before it was ever even added as an official remix to the Jack Ü remix package. Happy it’s out now 🙂