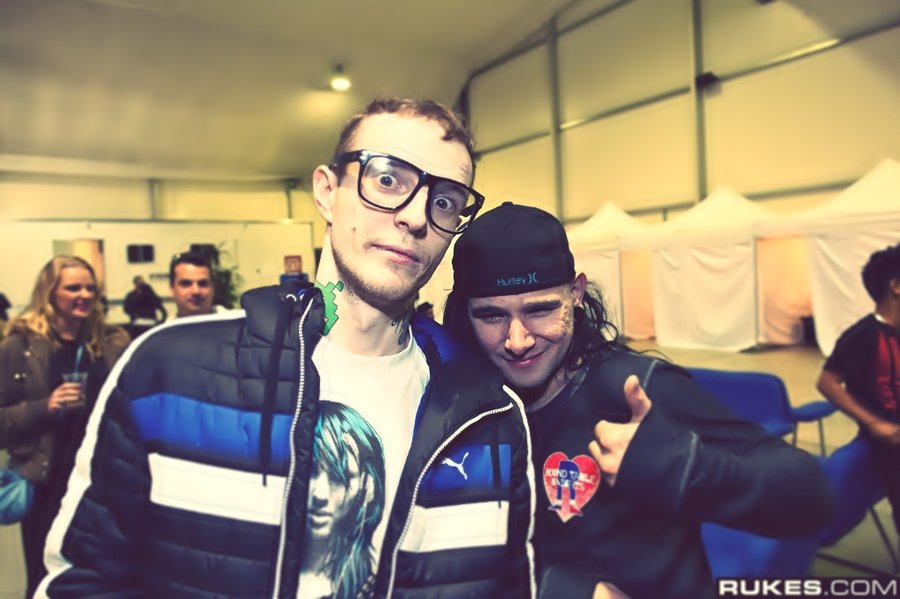 Deadmau5 Responds To Skrillex’s Criticisms, Admits He Has “More Than One Complex”

Although Deadmau5 has become more and more well known as the asshole troll superstar of EDM, one thing people clearly need to remember is that, like you, he’s only a human. In Skrillex‘s latest interview, he directly called out the mau5trap leader despite having released his debut album on Zimmerman’s label and standing staunchly at his side in the past. The remarks are ridden with some level of animosity towards the Toronto native’s antics, check them out below.

“I’ll always have love for Joel because he put me on at an early time, but he’s an asshole. And everyone knows that, and he knows that. And that’s kinda his thing. I mean, the one thing that is unfortunate about it is that he has a record label. And when you have a record label, you gotta be a leader. And he has people that are signed to him. And I couldn’t imagine being a leader, you know, going out in the public image being such a negative attitude…I don’t take it personally because I’m secure with myself and what I do, I love what I do. But I almost feel bad that that’s his one way of getting attention rather than going into music and curating. I think his attitude’s changed over the last couple years. I think a lot of people are getting tired with his attitude, calling people out on Twitter. I personally have become less connected to his music because his personality is almost overshadowing that, when he is such an incredible artist.”

Although Sonny does have a few good points, this might not have been his place to criticize. Joel, however, opens up about his internal issues in a brief twitter essay in repose. Describing himself as a diva and admitting he has internal struggles which greatly impact his internet persona, the mau5 isn’t ashamed of his flaws and shows a great deal of maturity in this particular response. Read into it below.

he should have brought that up when i released his first album for him. whatever. you like what you like. https://t.co/nzNeiCP0Lu — deadmau5 (@deadmau5) August 12, 2015

@amatuerpro so give him a pat on the back. i dont have anything to do with it.

thanks for that pocket full of certified psychoanalysis. its really unfortunate i have a label. sorry for being me. https://t.co/AMOmG9ow6m — deadmau5 (@deadmau5) August 12, 2015

at the end of the fucking day, if im “miserable / moody / negative” then thats just me dealing with or not dealing internal shit.

the people you should REALLY fucking worry about, are the people who dont know it.

so YES @skrillex im SUPER SAD im not as cheerful, and super inspired by life like you. and im so SORRY im an asshole. but how about… — deadmau5 (@deadmau5) August 12, 2015

you let me worry about that shit.

some peopl, don’t want to be helped. im scraping by life with my fuckin insecurities and successes just fiiiine. https://t.co/lrXr1Kmx0v — deadmau5 (@deadmau5) August 12, 2015

now, give it a fucking rest and talk about cats or some shit so i can go build a PC.