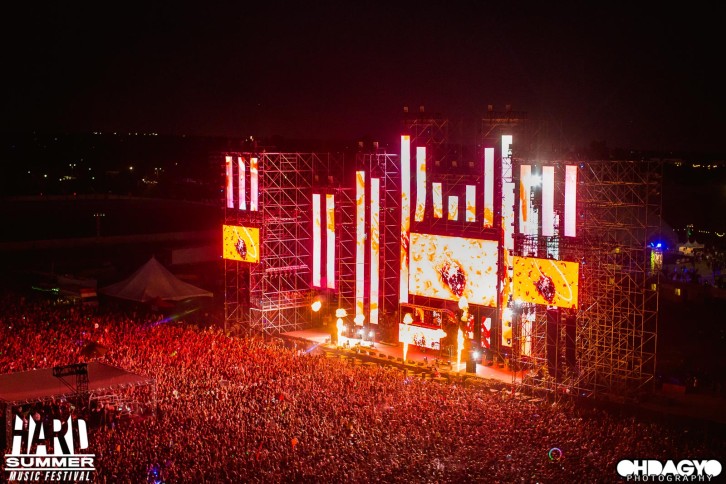 UPDATE 7:09PM: We have received a statement from HARD.

“Festival organizers and promoters are pleased to have worked quickly with the County Supervisors in order to complete the County’s inquiry and bring about the agreed upon modifications to our operations for HARD Day of the Dead at Fairplex, which will further our fans to have a safe and fun time.”

Following the deaths of Tracy Nguyen, 18, and Katie Dix, 19, at this year’s HARD Summer music festival, Live Nation has agreed to massive restrictions for its HARD brand in the fall amidst pressure from Los Angeles County’s board of supervisors.

First, the next show scheduled for the Fairplex, HARD’s ‘A Night at Fairplex’ with DVBBS, Valentino Khan, Destructo, AC Slater, Wax Motif and more, has been cancelled.

Second, for HARD’s flagship Halloween festival Day Of The Dead, Live Nation and HARD will “cap attendance at 40,000, bar people under 21 years old, and reduce the hours” of the festival. HARD Summer had 65,000 attendees this year which packed nearly every stage during the headliners performances. With a 25,000 person reduction in attendance, that could spell out nearly two million dollars in losses for HARD.

Furthermore, the hours of this year’s festival were already considerably shorter than last year, with Sunday lasting only ten hours. And with a 21 and up restriction, it’s possible that tickets might not even sell out.

As far as on-site changes, the SGV Tribute reports HARD “will step up its security, its medical services and the amount of free water available. Live Nation is also required to produce and distribute drug education at the festival.”

A statement from Supervisor Hilda Solis’ office, which was spearheading this radical measure, reads, “While the Board supports music events in the County, what is of paramount importance is the health and safety of the youth attending these events.”

Another incident at Day Of The Dead like the ones at HARD Summer could be disastrous for the iconic LA festival. At a certain point, personal responsibility must come into play – we recommend that everyone who loves festivals in Los Angeles and who wants to keep them there be aware of the risks they assume when participating in any kind of illicit activity, and choose the more responsible option.

We’ve reached out to HARD but have not received any comment at time of publication.