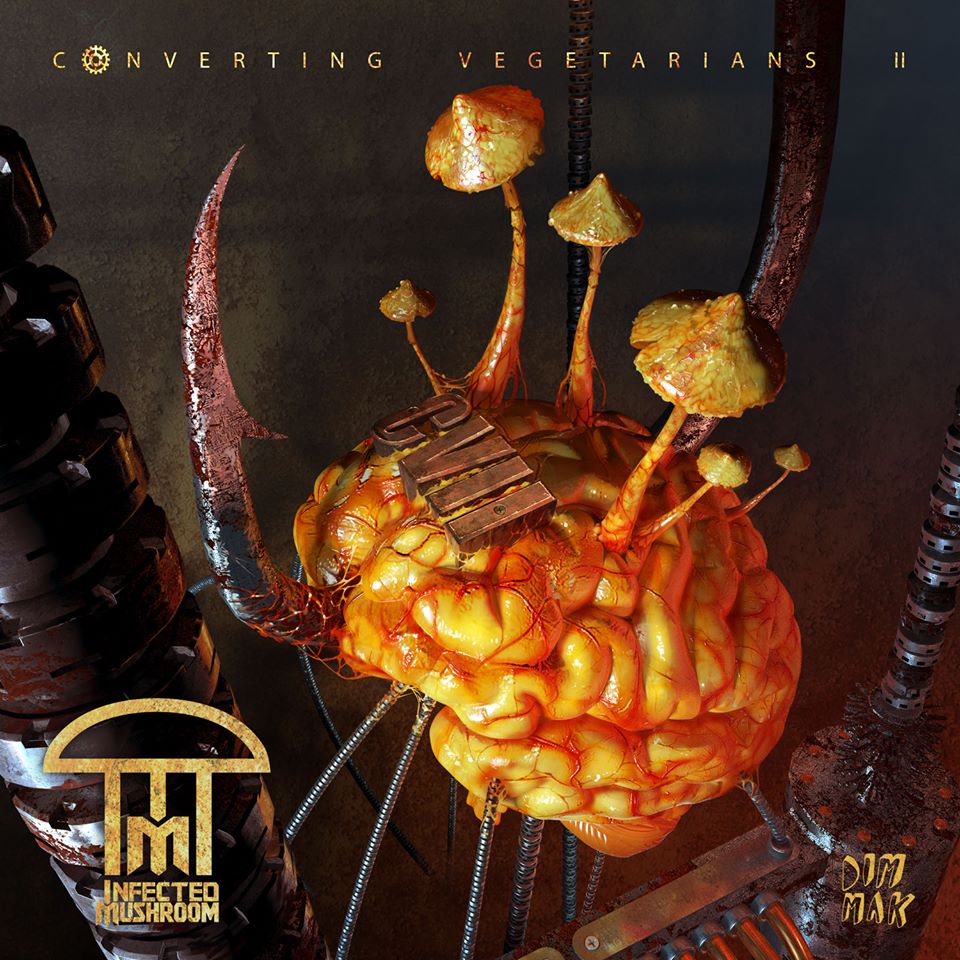 It has been 12 years since Infected Mushroom released their double LP Converting Vegetarians, long considered one of the group’s greatest albums. Since then, their signature psytrance/goa sound has undergone various transformations and mutations, as Vicious Delicious incorporated more rock influence and Army Of Mushrooms took on a more EDM vibe.

That vibe was pushed further this past year, resulting in three separate EPs and culminating in the compilation Friends On Mushrooms album.

However, conversely, their Fungus Amongus tour was followed up by the Animatronica tour, featuring the return of the live band and a return to their more natural sound.

That’s the hope as well as IM have announced their forthcoming album, Converting Vegetarians II. The namesake is no accident, as they begin to rediscover their roots – with a modern spin, of course. The first single features Sasha Grey’s chopped up vocals along with Duvdev’s, and the old school prog electro guitar and synths we came to love in the first place.

CVII is out September 25th, pre-order here and check out the tracklist below.