Two men have been arrested at Creamfields festival in the UK on suspicion of ‘intent to sell.’

The arrest follows the discovery of more than 100 tablets of ecstasy by police in used shampoo bottles. It has not been specified how the drugs were discovered, though a K9 unit is on site at the festival which is the most likely explanation. 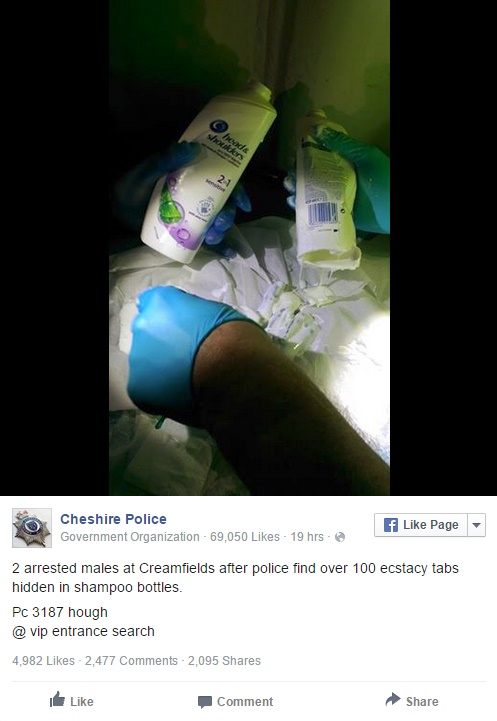 Before the festival began, Cheshire police had warned about a “very toxic” batch of yellow pills with the Rolls-Royce logo and purple pills with the Louis Vuitton logo at Leeds Festival. Police had also warned attendees that security would be stringent at the festival, the UK’s largest for dance music.

In fact, anyone who refused to have their vehicle searched upon arrival would be denied entry and turned away. Amnesty boxes were available at the entrance for those who didn’t want to risk it.