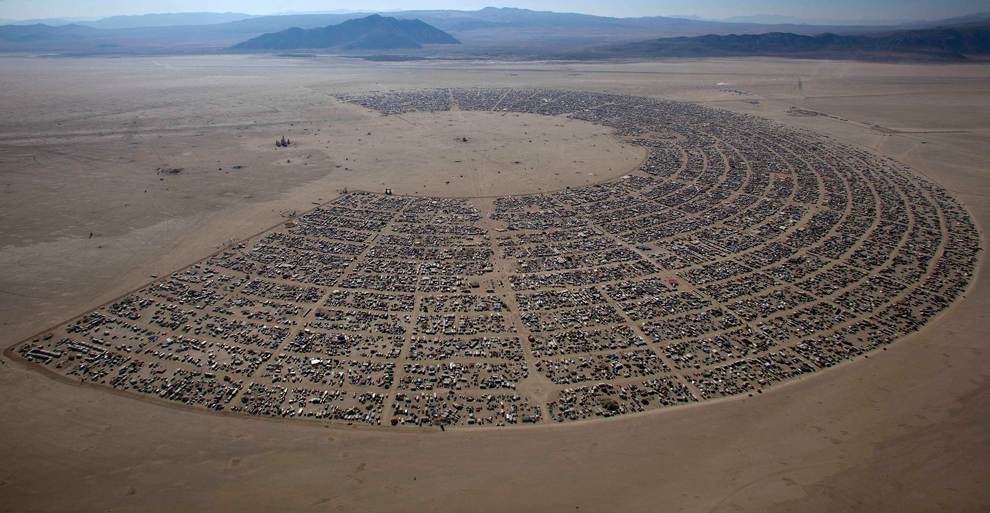 In this day and age, it’s not unusual to spot a drone roaming around the skies of music festivals and parties capturing video of entertainment on the ground. At this year’s Burning Man, a GoPro camera attached to a drone found itself falling out of the air over the festival and crashed into the middle of a fist-pumping, booty-popping bonanza in the heart of the grooving festival goers. A couple of burners pick up the camera and give it a closer glimpse of what Black Rock City is like up-close. What we see is a dance party in the middle of a Mad Max landscape covered in scattered dust and sun-burned youths.

The video was posted by Terry Tufferson and has since racked up over half a million views. Although this video appears to capture the essence of Burning Man’s wild-side, many on YouTube claim that the video might be hoax. True or false, the video is still an incredible display of what Burning Man is like.