TomorrowWorld Isn’t Necessary To Atlanta’s Economy, But It Sure Helps

Festivals can be a blessing and a curse. On many occasions, a festival city is unfit for the amount of patrons that a festival can bring, and this can cause undue stress on its own citizens. On many other occasions, however, a festival creates an isolated period of intense economic growth and prosperity, brought on by the tens of thousands of tourist dollars from attendees.

This year’s TomorrowWorld is more in line with the latter occasion, bringing in just about $72 million over the weekend. When you break it down, locals attending the festival spent an average of $97 per day, while tourists spent $148 a day, according to last year’s numbers. That includes food, drink, merchandise, transportation and lodging. 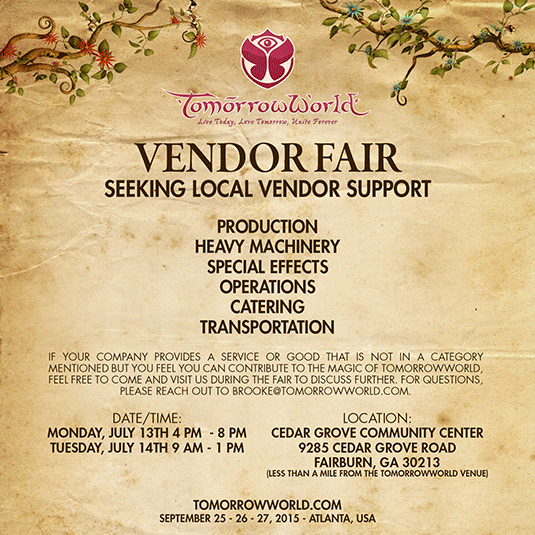 To keep more of the revenue in local hands, TomorrowWorld hosted a vendor fair in July to scout for quality food vendors and wares that could be of interest to the patrons of the festival. Jamie Reilly, TomorrowWorld’s project director, says the economic impact in 2015 could grow by as much as 20 percent over last year.

“The past two years, we had eight stages, and this year we have nine,” Reilly says. “The main stage will have a much bigger and much more complex technical and logistical setup, and that will require a lot more staff. We’ll also need more staff to support bigger attendance.”

So while attendees most obviously have what could be one of the most magical experiences of their lives, they’re helping local businesses stay in the black. And that’s just as good.

However, compare that to EDC Las Vegas which brings in over $300 million for its own local economy, and you can see which US festival is on top.