Oh III Points, how you won my heart. As I mentioned in our guide to III Points, Florida festival-goers have it rough. Several big festivals no longer exist, and all that remain appeal to the mainstream EDM crowd, with rarely an exciting booking in sight. In response, III Points really makes an effort to bring sights and sounds unknown to most Floridian festival-goers. Forget creaky ferris wheels, cringey stage MCs, and obnoxious advertisements, the Miami-based festival instead brings psychedelic art, impeccable sound systems, and an artist roster that would give festivals across the globe a run for their money.

This was the third year of III Points, and it was apparent from the get-go the organizers went all out in transforming the Mana Wynwood venue into a festival playground. By itself, the Wynwood art district is known for its grassroots art displays and wide range of restaurants. Putting III Points in the heart of Wynwood works wonders, and turning the warehouses of the Mana Wynwood venue into stages marks a throwback to the old-school raves of the ’90s.

Four stages sprouted across the venue: the Main Frame in the main warehouse (perhaps the one instance where the main stage at a festival brought cutting-edge artists), the live act-centric Mind Melt stage outside, the appropriately-titled Black Hole in a smaller warehouse, the Sector 3 stage situated next to a pimped-out school bus, and the Bridge Portal greeting guests as they entered. Production and sound design were on-point, never faltering aside from a few minor hiccups. It’s rare for a electronic music festival to hearken back to its rave roots, but the warehouse atmosphere captured throughout the weekend gave me hope for the future of EDM festivals. 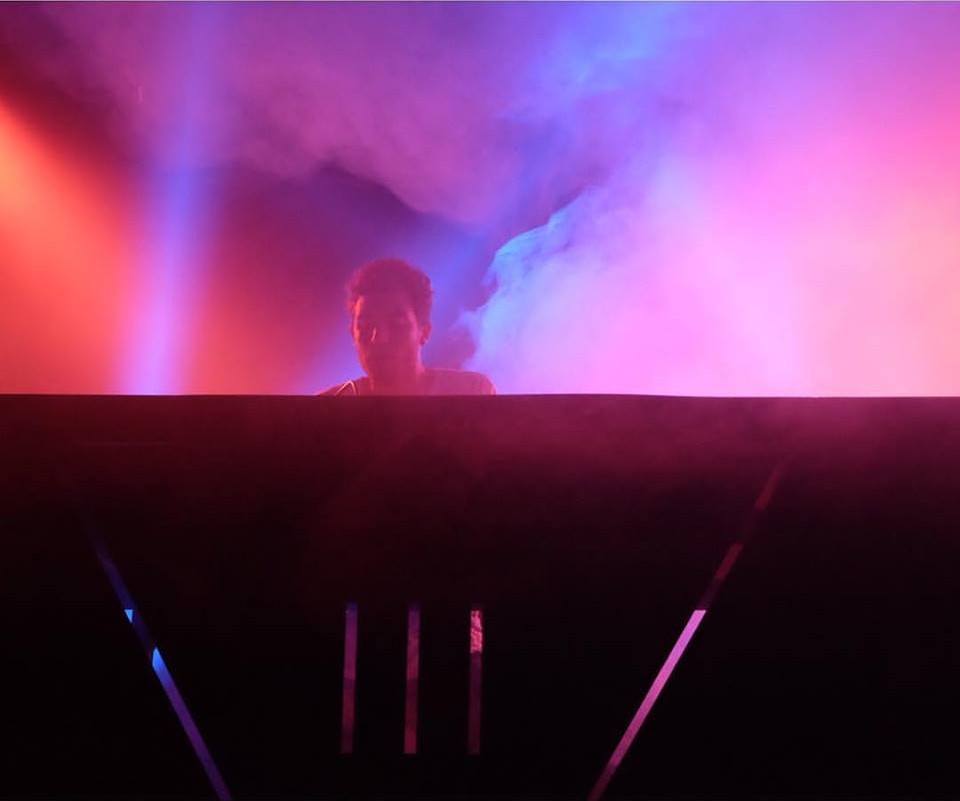 The lineup, as previously discussed in our guide, brought heaps of rare talent to Miami. As expected, pretty much every act delivered. Highlights included Nicolas Jaar‘s mind-altering three-hour set, a performance that did not shy from mixing dance tunes with everything from funk breakdowns to introspective speech samples. Bonobo opened for Jaar and mixed his classic tracks with plenty of deep and surprisingly bass-heavy house. Jay Electronica brought near a hundred fans on stage and gave two fans the chance to freestyle, Bicep gave a decently-sized crowd a taste of Belfast house, and XXYYXX walked the line between blasting his own tracks with glitched-out hip-hop and trip hop bangers.

The one exception to these great performances came from one of the weekend’s most anticipated sets: MF DOOM with Ghostface Killah. MF DOOM’s never been known for fantastic live shows, but many fans expected at least some sort of interaction between him and the Wu-Tang Clan member. Yet, twenty minutes into the 50-minute set, it was clear this would go down as yet another paltry DOOM show. DOOM showed up via a blatantly pre-recorded video, first mixing in odd tropical tracks and later rapping with an obvious backing track. Ghostface Killah appeared later and delivered a punctuated set, but we wish III Points had just given Ghostface an entire set. You live and you learn. 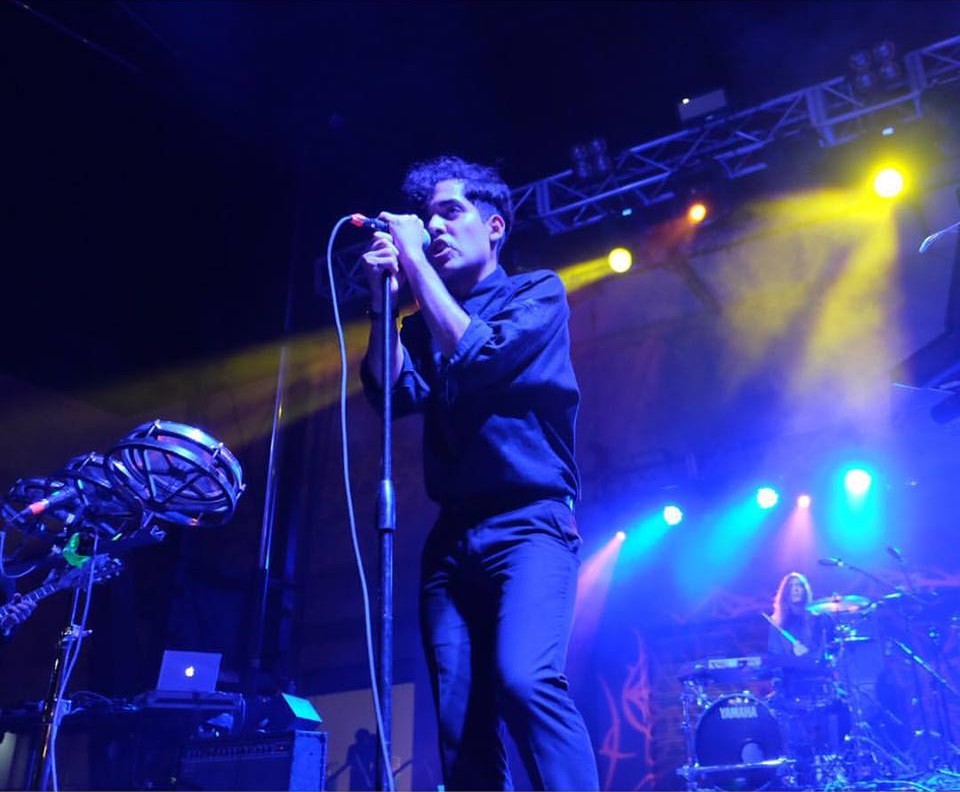 In lieu of prepping the festival grounds with candy-colored lighting, III Points satisfied the hipster interests often affiliated with the Wynwood area: black and white lights and art installations nary seen in festivals other than Coachella. Not to say hipsters were the only crowd that could enjoy the fest layout, though; virtually all art pieces flowed organically with the festival’s theme of promoting music, art, and technology. A giant makeshift portal transported guests to the Main Frame, pyramids equipped with green fixtures outfitted the outside grounds, and a pair of eyes decked with LEDs watched over the Main Frame crowd near the back of the main warehouse.

One extra bonus of the festival was its free activations, events that helped promote music, art, and technology. I was not able to make it out to many of these activations, but I did attend the Future Classic label party. A very intimate event situated out of a taco restaurant called Coyo Taco (no, we’re not kidding), the label party brought Chrome Sparks, Touch Sensitive, and XXYYXX to play to an audience of less than 100 people. Plus, there was BBQ! It brought back the SXSW style from the first year of the event, and we hope III Points only expands on the activation concept in the coming years. 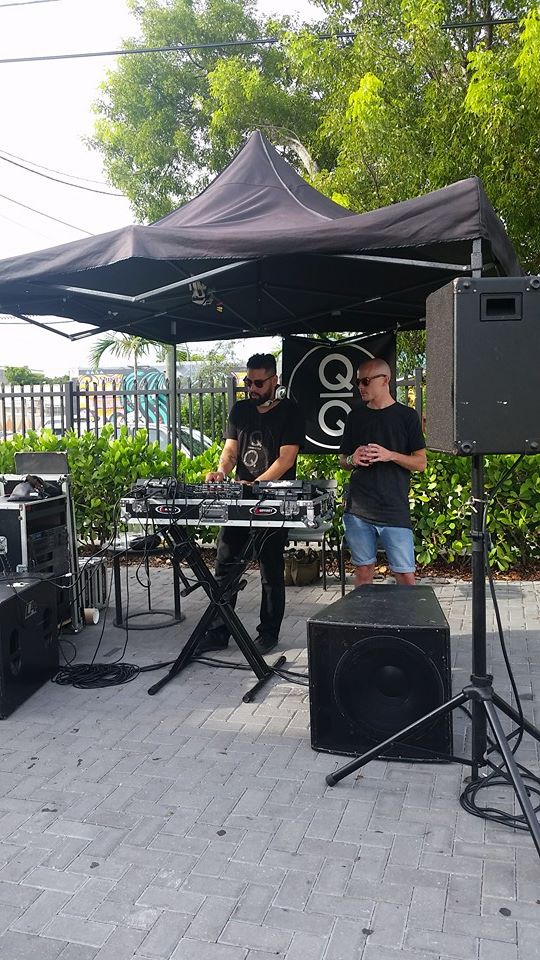 Very few problems were had during the weekend, but one or two impeded on my personal experience. Some confusion over where to pick up media bands prevented me from seeing Panda Bear, one of my top sets of the weekend. On a far more critical level, the generators running air conditioning to the Main Frame stage broke during Friday night, causing all of Bonobo and most of Jaar’s sets to occur in scorching, suffocating heat. Luckily the problem was fixed for the rest of the weekend, but it marked a rough start to an otherwise fantastic weekend.

This was my first III Points experience, and I intend of returning for years to come. The festival organizers struck lighting in a bottle with this mix of amazing artists, jaw-dropping art installations, and conducive venue. The festival really became its own this year, as was the consensus across many of the attendees I talked to during the weekend. How appropriate the festival struck this balance during its third year, its coincidental namesake. We can only imagine how III Points will evolve for its fourth year, and we cannot be more excited.