Yesterday, Life In Color released a mysterious puzzle with no caption explaining what it was. After some crowd sourcing and help with fans, it was determined that the image was actually the lineup to this year’s Life In Color Miami event and the roster is stacked.

While fans and publications alike speculated to which artists the image revealed, today all questions were put to rest as the world’s largest paint party officially revealed their lineup which includes the likes of Ruby Rose, Flosstradamus, 3LAU, Zeds Dead and many more.

Surprisingly, the notorious EDM festival lineup has some new faces as Life In Color looks to diversify their lineup by including rap artist Big Sean and several different smaller acts.

You can check out the lineup announcement below and make sure to grab your tickets HERE: 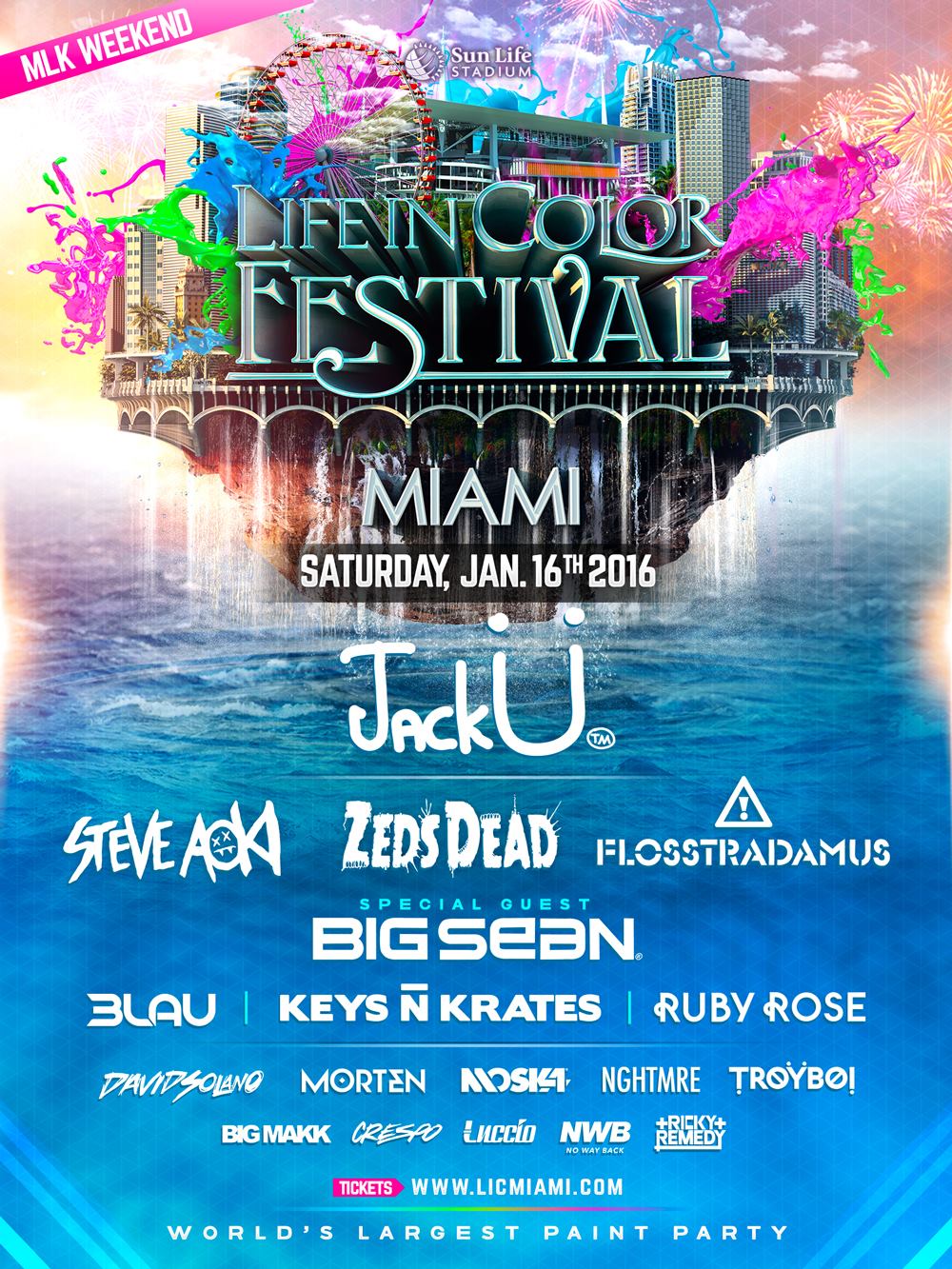