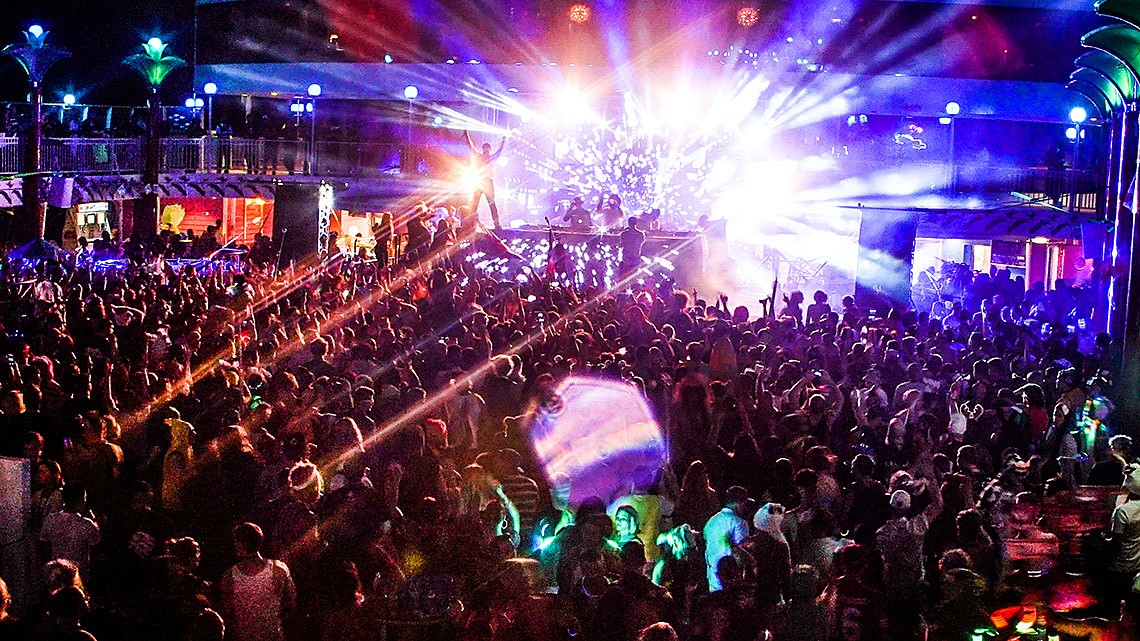 UPDATE 8:50 PST | In a statement released to the Sun Sentinel, Norwegian Cruise Line said that the woman was seen “intentionally going overboard while the ship was sailing the Yucatan Channel.”

UPDATE 5:30 PST | Nearly two hours after the initial report, the young woman has not been found. After contacting the US Coast Guard, we learned that their office received a call from the ship at around 7pm local time, 22 miles off the coast of Cuba. The ship has two boats on board which are currently being used for search and rescue. USGC is coordinating with Cuban government to determine the best course of action.

Petty Officer Steve Lehmann says there’s hardly a protocol when it comes to these situations, since they vary so wildly. “The night does add its own set of risks,” he said. The temperature drops, and obviously darkness sets in.

We’ve also received word that there are two search and rescue helicopters trailing the ship.

After confirming with multiple sources, it seems that a woman has fallen overboard on Mad Decent Boat Party. An announcement was made today that a passenger had fallen overboard, and that the boat was turning around to the last known location when the person was on board.

Sources say that the person in question actually jumped, as opposed to falling over accidentally.

We’re also hearing word that all of the stages have been temporarily closed and that the boat is silent; all passengers have been asked to return back to their staterooms while a headcount is conducted. The sun is setting on the east coast, meaning that the search might have to be conducted in the dark.

We will be sure to keep you updated on any developments in this ongoing story.

Lifeboats just went out, but holy shit it's dark pic.twitter.com/JhU9UmSmL8

User @zethussuen has been live tweeting the situation.

Announcement came on that nobody has been found yet. Search continues. #maddecentboatparty