Even though the holiday season doesn’t officially begin until Thanksgiving has come and gone, the new tunes and tours that many artists are sharing with fans are definitely putting us in a festive mood. From albums, EPs, remix packages, free downloads and more, it appears many artists are trying to sneak more and more goodies before 2015 comes to a close.

One artist who continues to dole out his own sound of holiday cheer is Dirty South; the Grammy-nominated producer and DJ that has been playing seasonal sets that this whole year and are each close to five hours. On both the Fourth of July and Halloween respectively, Dirty South (real name Dragan Roganovic) uploaded the full sets to SoundCloud, starting an interesting chain of major holiday-related live shows that fans can’t get enough of. In some of these sets he even played unheard and new music, such as his latest single “Find A Way” in his Fourth of July set.

Since the release of his new single featuring Rudy, Dirty South has been taking stages around the globe by storm by playing in North America, Europe, and the Caribbean to name a few of his latest tour stops. But as he plans plenty of more shows across Australia and the United States, Dirty South delivered an unexpected gift for fans who can’t wait for the tour dates.

On Revolt TV, Dirty South and Rudy equipped with a guitar and microphone respectively performed a special acoustic rendition of “Find A Way” and the massive 2013 anthem “City Of Dreams”. Without blaring synths or four-to-the floor kicks, the acoustic version of both tracks delivered an intimate and emotional experience in contrast to the original mix. Check out the performance below and let us know what you think.

Also make sure to check out the tour dates below and see if you can catch Dirty South at a location near you. 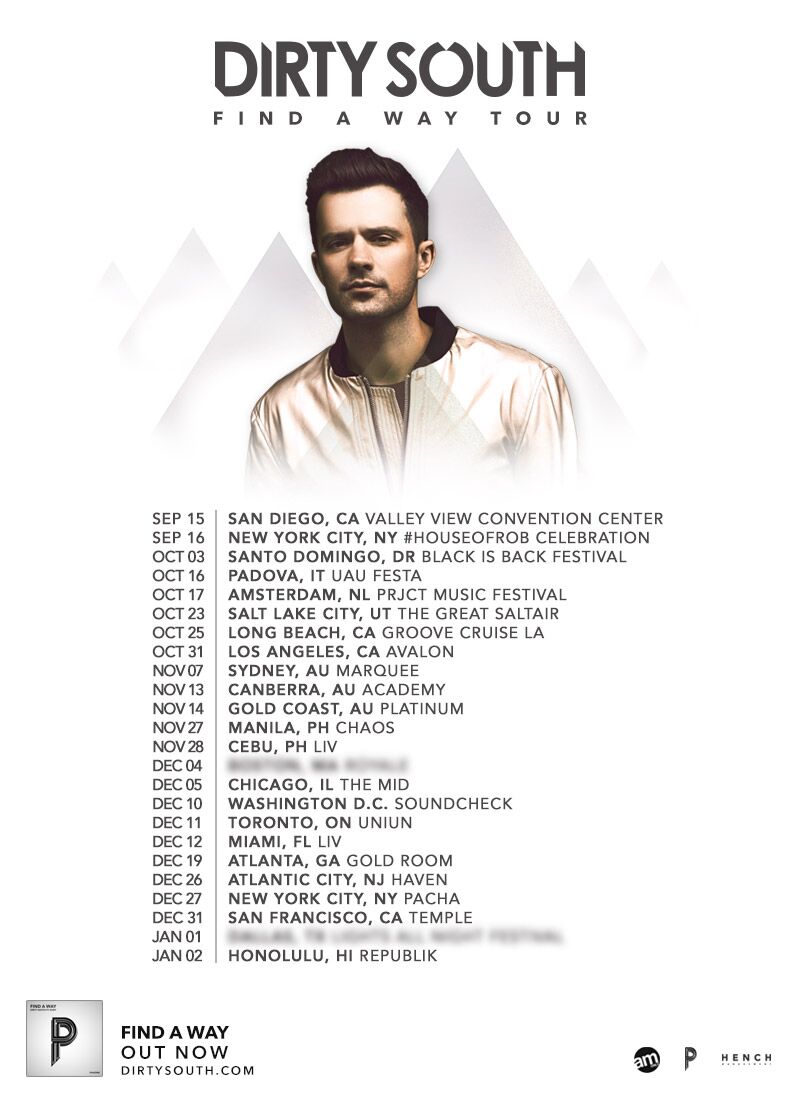