‘Twas the week before Christmas, and all through the hau5, not a creature was stirring…well, except for Deadmau5.

While most industry folk have officially checked out to celebrate the holidays, Deadmau5 has taken it upon himself to make some curious changes to his public image. Yesterday, we noticed that he removed all of his tweets before August 2015, but as of this morning his entire Twitter profile is gone. 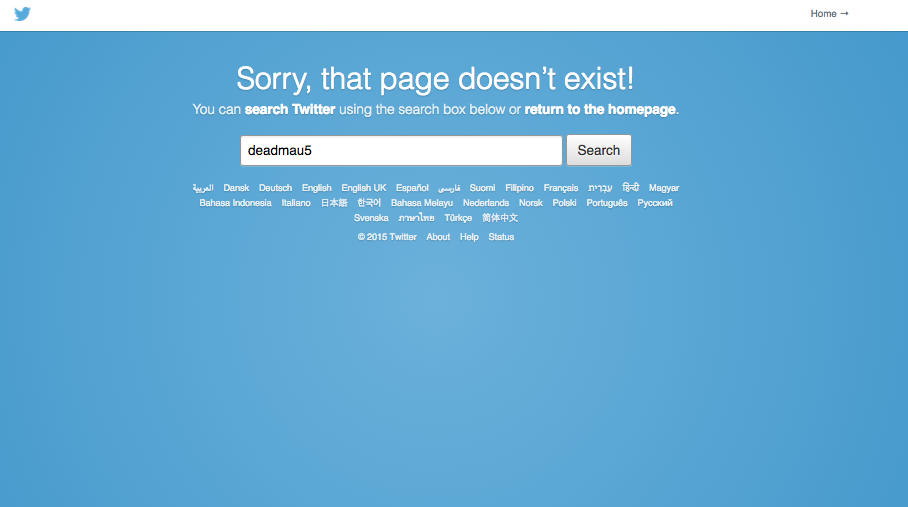 As if that didn’t raise enough questions on its own, he also posted a new track to his Soundcloud at 4am EST:

When Joel said he was going to delete Deadmau5, we all just assumed it was a figure of speech. But now, this really could be the end of one of the most recognizable aliases in dance music. Whoever he is now, Deadmau5 or otherwise, is still slated to play an exclusive TIDAL concert tonight in NYC with Pusha T and D.R.A.M. 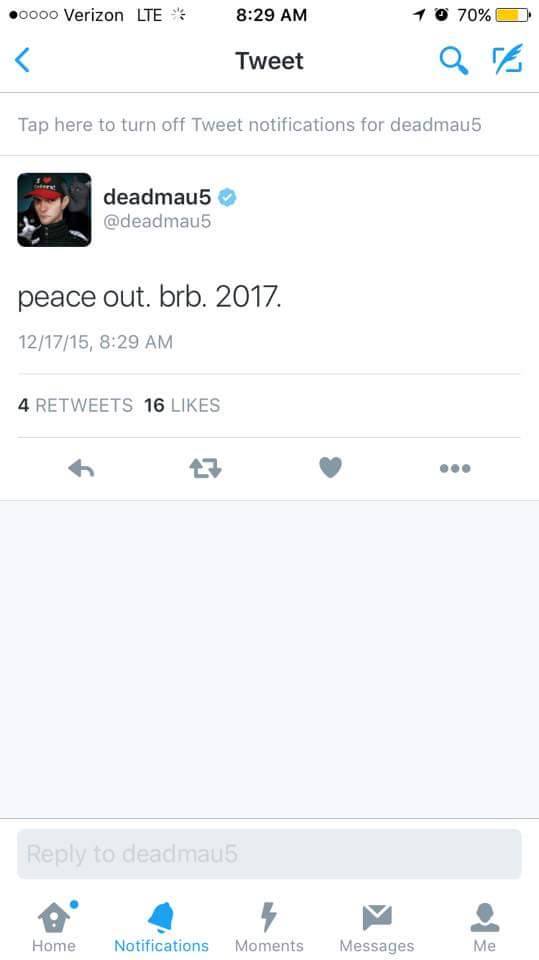 Deadmau5 also posted on reddit, writing, “shut down twitter. sick of these fucking blogs, ‘artists’ and general fucking idiots of the world having access to shit they have nothing to do with. ill remain active on here and on live.deadmau5.com.” It’s a shame that deadmau5 had to resort to removing everything, but Twitter is one of the most public social media domains available, and he’s a public figure. With that kind of notoriety comes media attention, and it’s unfortunate that it’s come to the point that he’s had to remove everything to cope with the attention.