Each year, DJ Mag releases their Top 100 DJs list, and every year, two things happen: 1) it’s shit and 2) the amount of females on the list is embarrassing.

It’s no secret that EDM/DJing is extremely male dominated, from the stages to behind the scenes – despite the fact that many women occupy powerful roles in music, they receive little to no credit – so it’s tough to say that the lack of females on the Top 100 actually comes as a surprise.

In order to balance the scales a bit, publication DJane Mag releases their own list of Top 100 Female DJs every year. Featuring a variety of female DJs, known and unknown, the list aims to highlight the vast supply of female DJs around the globe.

Juicy M tops the list again this year, and Ruby Rose makes her debut appearance at #11. Mija also makes her debut this year at #56. Alison Wonderland made the biggest jump, from #78 last year to #6 this year, a movement of 72 places. Curiously enough, Nervo, who regularly place in the official top 100, are completely absent. 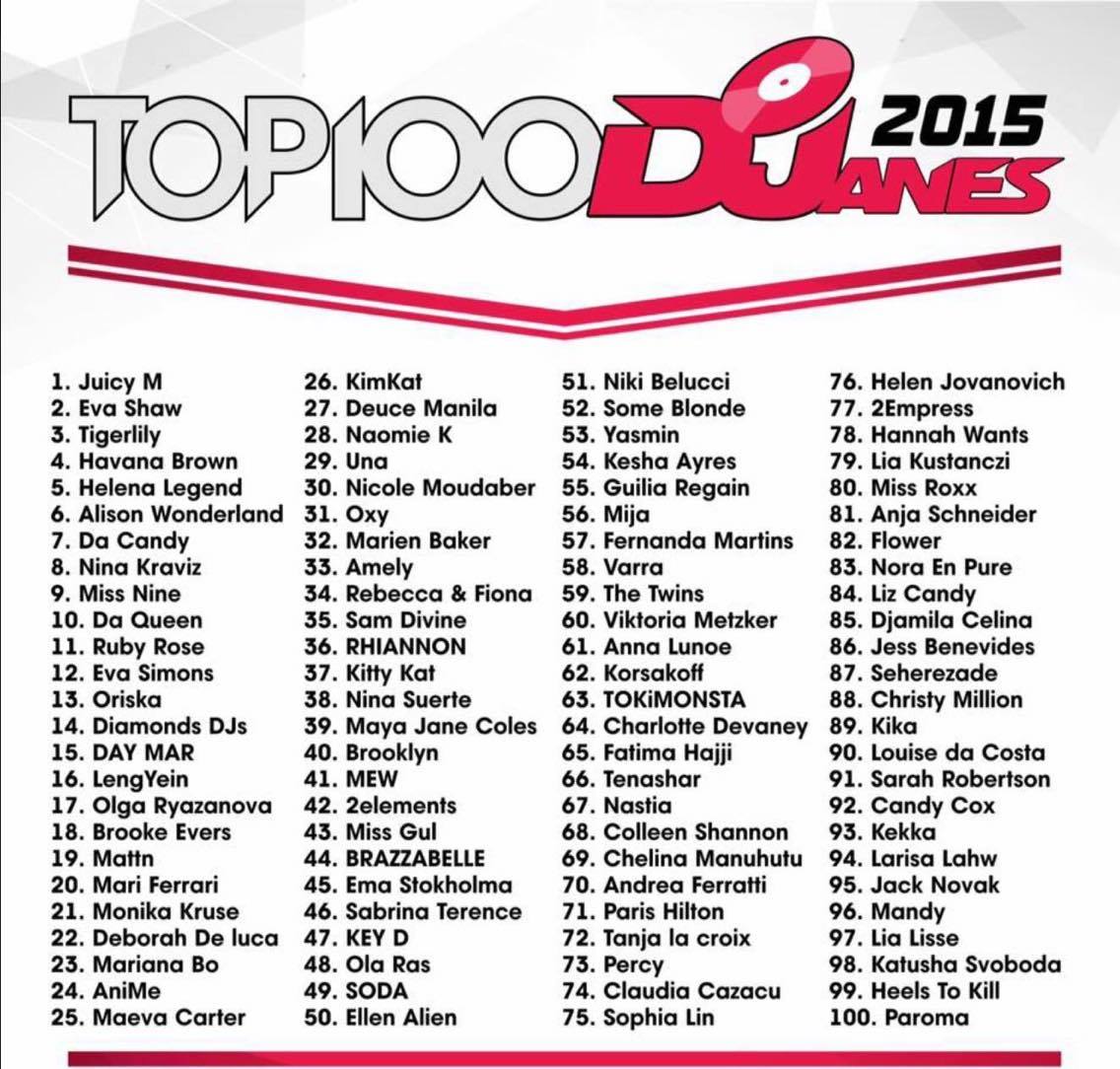 The problem that I see with lists like these, any kind of fan-voted top 100 list, is that clearly more talented DJs are left lower on the list; for instance, Paris Hilton ranked higher this year than Hannah Wants or Nora En Pure. Ruby Rose, though her breakout in 2015 was meteoric, should still not be ranked higher than Nicole Moudaber or Maya Jane Coles.

It’s important not to read too much into lists like these anyhow, since they are just popularity contests – whether they’re male or female inclined. The important thing is to know who you like, and discover new talent at your own pace, and remember that music is about more than social media presence or your number on a list.