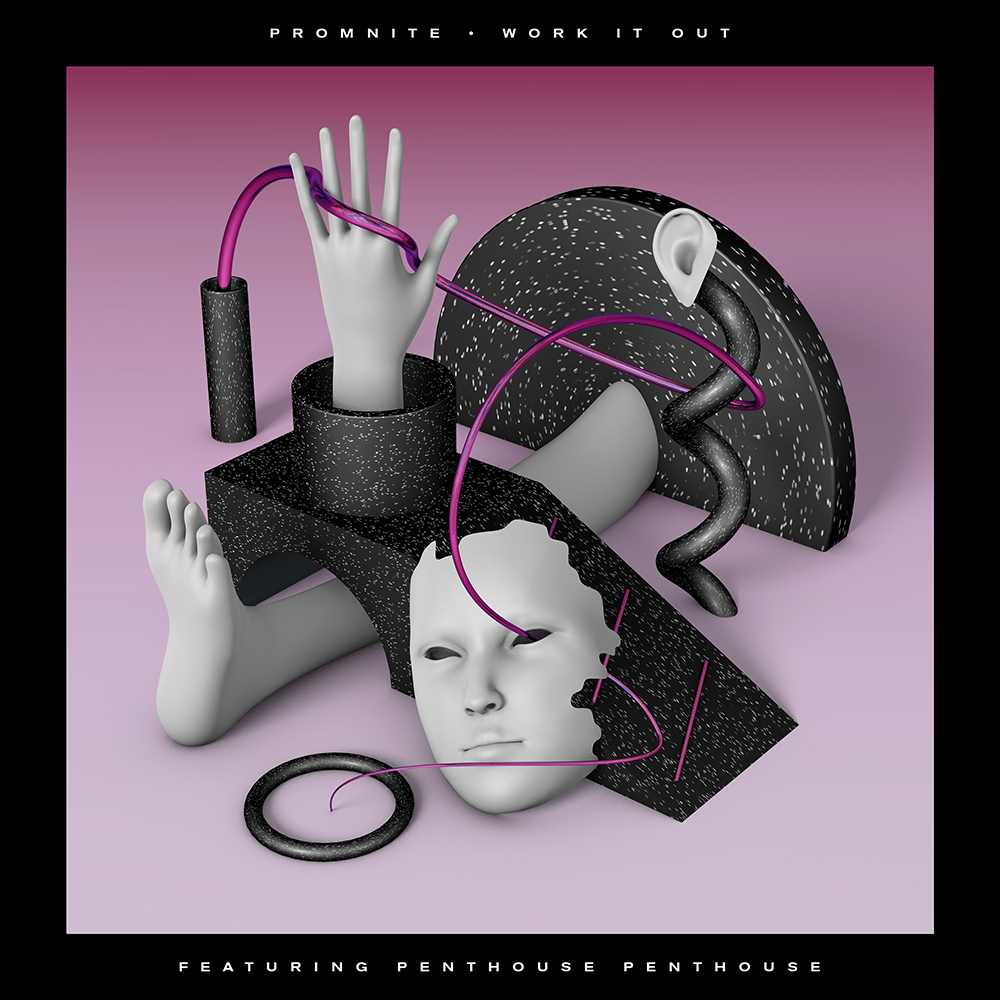 A founding member of Los Angeles based label Athletixx, producer Promnite has just released his latest original, this time in the form of a soulful sing-along collab with Penthouse Penthouse. “Work It Out” is described by Fool’s Gold Records as “a slinky, vocoder’d soundtrack to ‘U UP?’ texts and all your other after-midnight activities,” and they’re not far off. It listens as a relaxed and sensual head-swayer that could function equally as effectively in the club and through your headphones in bed. Either way, the vibe is something pure and approachable. Stream it in full below.

The track begins with a light shaker and foreshadowing tones behind a high-pitched, R&B riff. Suddenly, the lead vocals enter center stage in front of a steady kick. Claps, clicks and cymbals echo around the space in between the spaces of the rhythm, as tight, plucky bass synths hold the tempo. Eventually, the elements are stripped away, slowing returning one by one as the track swells upwards again. Space-age synths float around the mix while the original beat plays out below, until the vocals enter for a final time.