Beyond Wonderland Is Going Head-To-Head With SXSW And Ultra

Insomniac is going for it this year. Following 2015’s celebration of Nocturnal Wonderland’s 20th anniversary, the Californian production company is putting all its might into Beyond Wonderland this March. And they’d better, as Beyond Wonderland will be contending with top-tier event like Austin’s SXSW and Miami’s Ultra Music Festival. It’s a certainly a power move, considering that Insomniac still has its world tour of Electric Daisy Carnivals to count on as revenue streams.

Returning to San Manuel Amphitheater for its sixth year, Beyond Wonderland will feature nearly 50 artists over its two days, with campers getting to milk an extra day out of the show. Dada Life, Myon & Shane 54, Marshmello, Doctor P, Alesso, Klingande, Seven Lions, Galantis, Ghastly, Sonny Fodera, and plenty more will be among the talent gracing Beyond’s four stages. The campgrounds will also be hosting yoga, silent disco sets, and even their own water park – which yes, hosts DJ sets. At only $149 for a two-day GA ticket, this is one value packed weekend you can’t afford to miss. Scope the official website for details, and head to Vivid Seats for tickets. 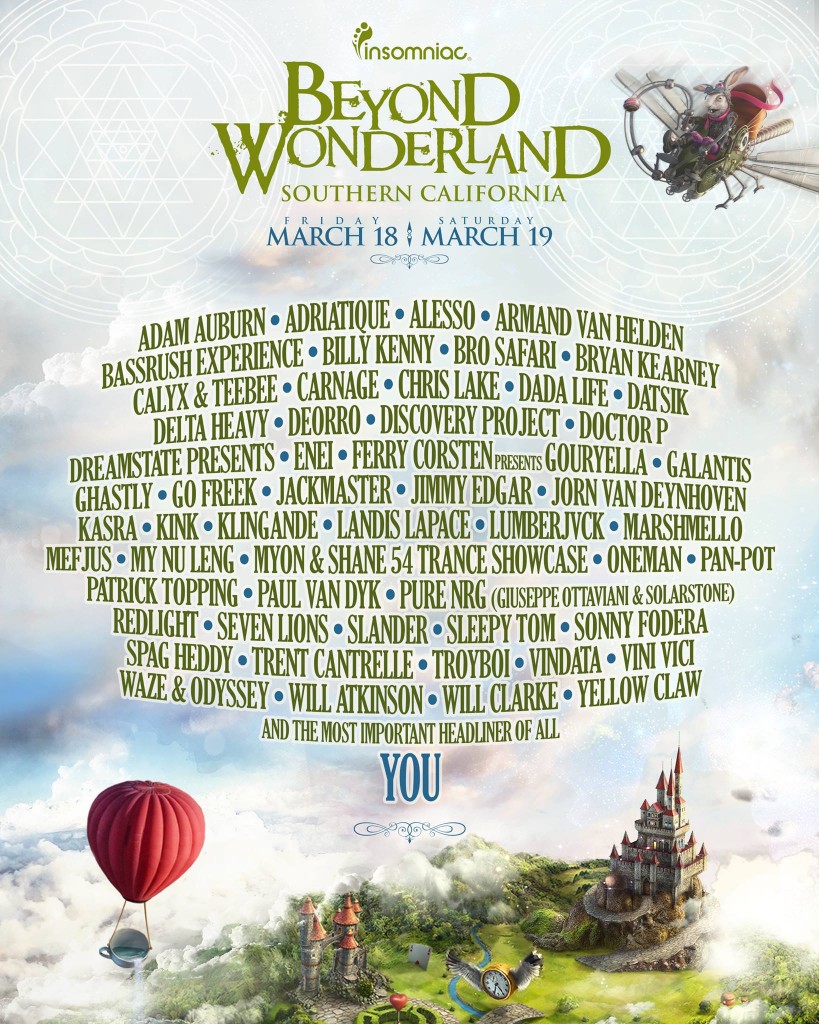 BoomBoom: How to Look Like You’re Vaping with Your Nose

The Conspiracy Behind OMFG That Led To The “Hello” Takedown

The Conspiracy Behind OMFG That Led To The "Hello" Takedown