In 2016 the Bonnaroo Music & Arts Festival in Manchester, Tennessee celebrates its 15th anniversary, and organizers appear to be making this year a “Greatest Hits” type event. Bonnaroo revealed late night show host Conan O’Brien would announce the lineup for this year, similarly to how he announced the lineup in 2011. Unfortunately, a leak on the Bonnaroo app revealed the majority of acts for this year’s event, but the festival stuck to its guns and Conan ultimately unveiled the lineup late last night.

Bonnaroo’s 2016 lineup reinforces the “Greatest Hits” theme, with headlining sets from Pearl Jam (their 2008 set is considered one of the greatest in the festival’s history), Dead & Co. (iterations of The Grateful Dead played the fest in its early years), and the reunited LCD Soundsystem (they played a late night tent set in 2010). The rest of the lineup fails to match up to the headliners, with a number of recycled festival bands and the weakest electronic lineup in the festival’s history. Still, artists like The Chainsmokers, Flosstradamus, and Adventure Club will still draw crowds. 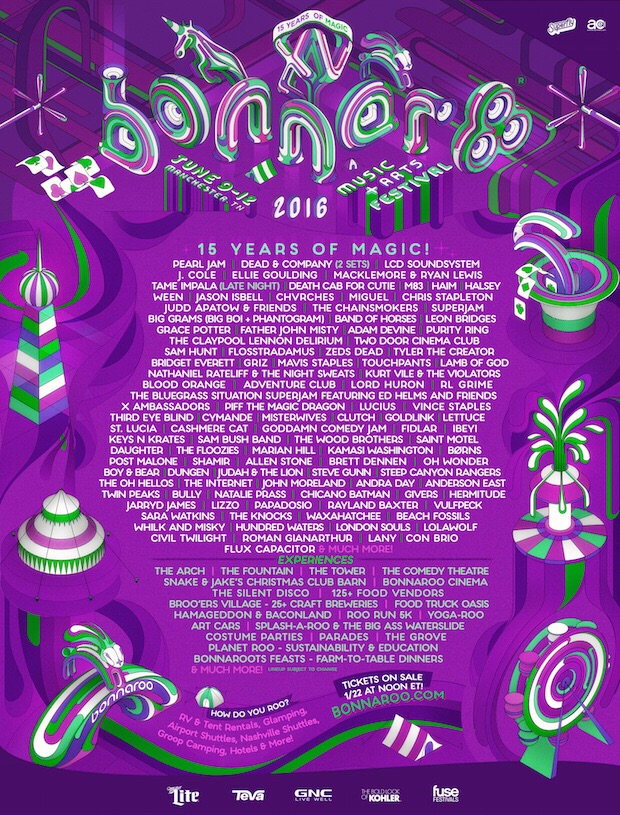