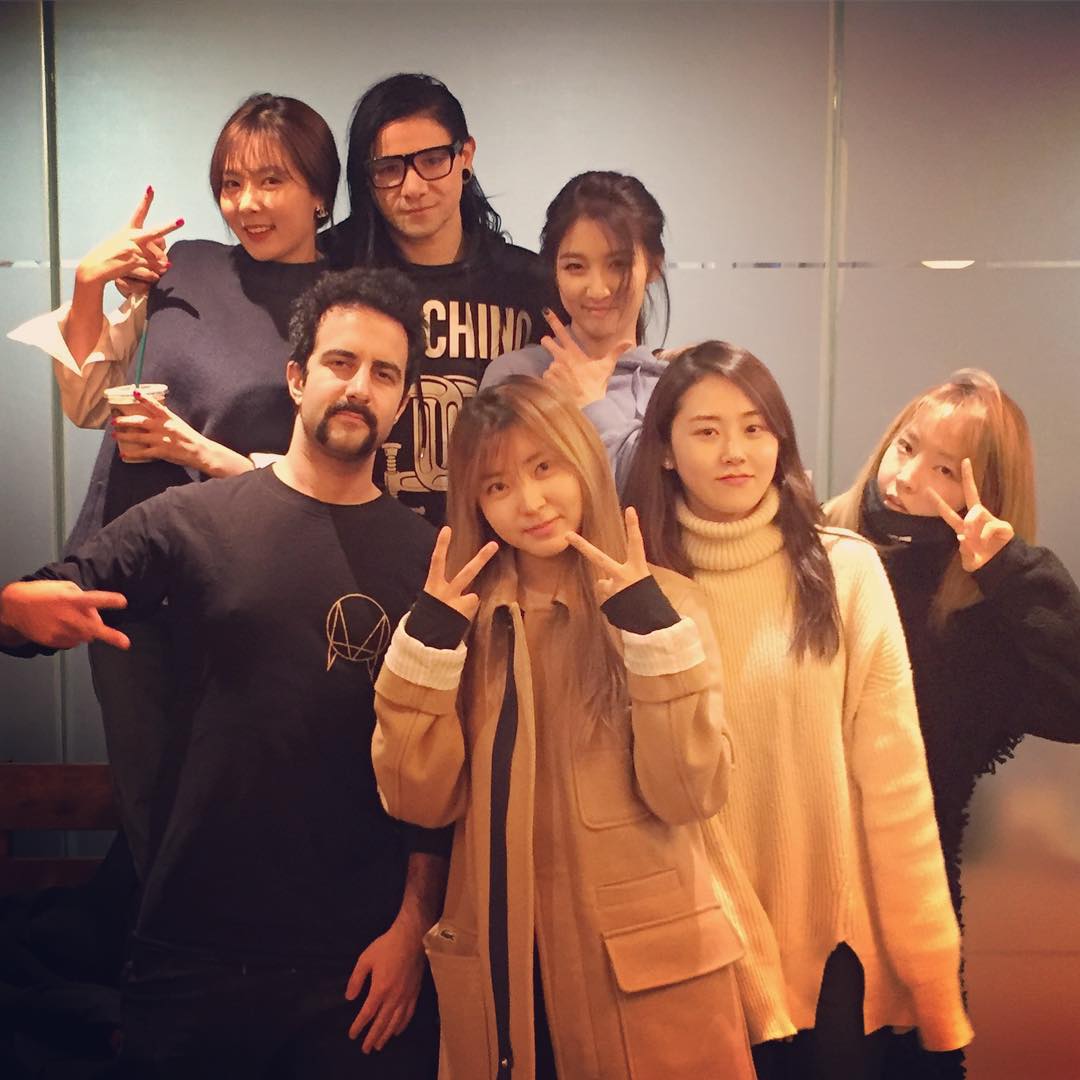 Skrillex Rumored To Be Working With Another Popular KPop Group

If there’s one thing we’ve come to learn about Skrillex, it’s that he’s extremely difficult to predict. Whether it’s collaborating with established rap artists, collaborating with Justin Bieber, throwing his own dubstep-only birthday party in Miami, the dude is full of surprises.

Though, after his work with CL and G-Dragon on “Dirty Vibe,” and having Babymetal come out during his epic performance at UMF Japan, we’re not exactly surprised that he’s collaborating with the Korean pop group 4minute on their new EP.

Various Korean sources have essentially confirmed that Skrillex has helped to produce a “unique track” on 4minute’s upcoming EP, Act 7.

FYI Skrillex's rep told me "no comment" when asked if he was involved in 4Minute comeback. Take as you will… #4nia pic.twitter.com/P3yxgwqPh2

4minute rose in popularity after one member, Hyuna, was featured on the massive track “Gangnam Style” by none other than Psy.

Act 7 is set to release on February 1, so at the very least, we’ll know in less than a couple weeks for sure.