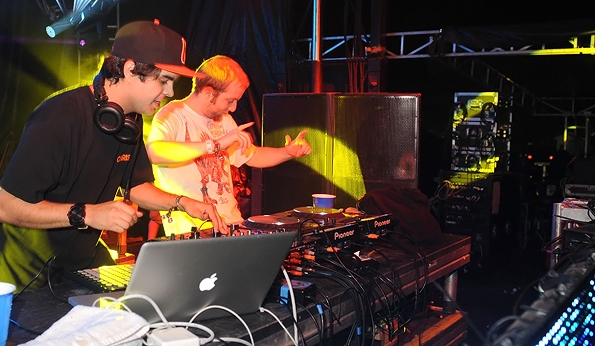 Yesterday, dubstep legend Excision took to social media to share a funny picture he had taken.

This guy was so pumped for the show tonight that he forget to get out of his car before going into the venue.

While it’s not clear just who the driver is in the photo and why he doesn’t seem to be aware of the brake or park features on his car, we’re gonna go ahead and assume that it was probably a fan who was in such a rush to get to the Excision show that he didn’t bother getting out of the car… Or maybe parking was expensive. Who knows? Either way, it didn’t seem to affect the show too much as Excision went on and played anyway after an hour or so delay judging by the Facebook comments.