Bassnectar Fans Shown Getting Physical Over A Spot At The Rail

by Matthew Meadow
in Featured, Videos, Worth Sharing

Bassnectar fans have unfortunately been known in the past to be aggressive and territorial, especially up at the railing wherever Bassnectar may be playing. Stories of campers plagued Camp Bisco last year with pictures of dozens of Bassnectar fans sitting down at the railing and refusing to let Disco Biscuits fans by, even when the Disco Biscuits were actually the ones playing at the time.

Most recently, video surfaced of fans at Okeechobee Festival in Florida getting physical with each other – grabbing hats, throwing kicks, pushing and shoving. This kind of behavior is not indicative of all Bassnectar fans, obviously, as others have been quick to criticize those in this video for their behavior. However, this is behavior that we continue to see from fans of Bassnectar, and that’s worth noting.

Bassnectar himself has publicly condemned certain fans of his for actions like the ones shown above. With a fanbase as loyal as Bassnectar’s, you would think they would heed his own words a little more carefully. 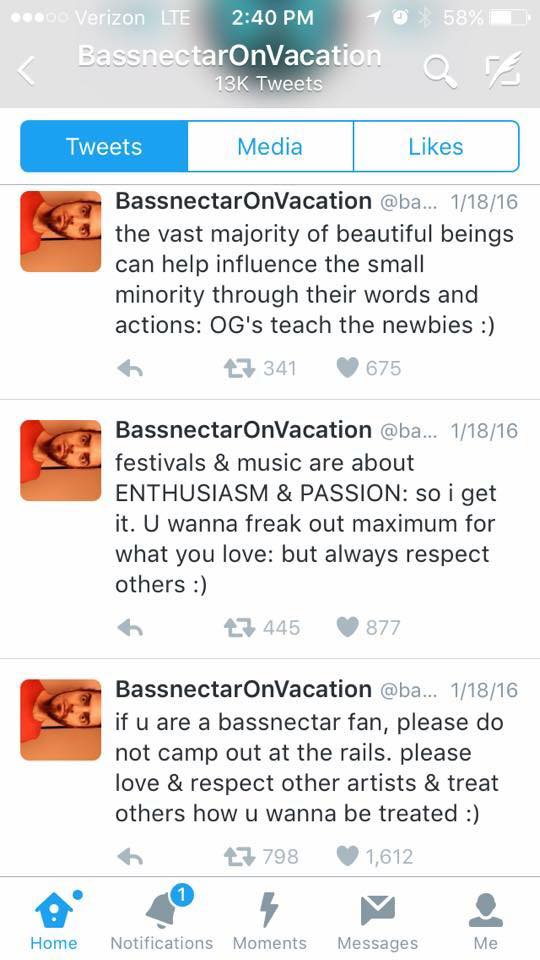