Kaskade Surprises Fans With An Unexpected Upload Of His Deadmau5 Collab

Deadmau5 teased a new collaboration between him and Kaskade, with vocals from Skylar Grey, back in May of last year. Since then we haven’t really heard much about it. That is, until today when Kaskade uploaded the track on his Soundcloud.

There’s a lot of conjecture that it was a mistake on his part to make the track public, considering the title on Soundcloud says V.3, a common notation when a track isn’t yet complete. Even Late Night Alumni commented on the stream, saying, “You mean to upload this bro?”

And according to Deadmau5, he wasn’t even aware this was happening, nor was this track even being finished. 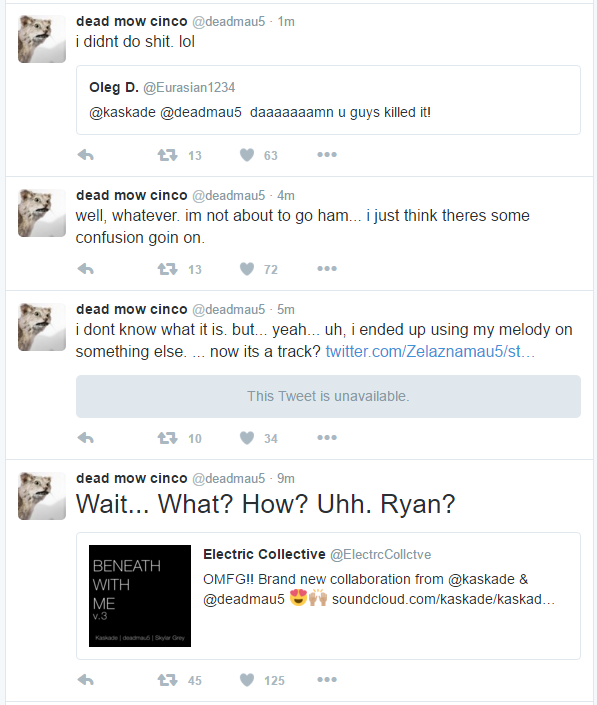 But since Kaskade uploaded it to his Facebook as well, we have to believe that this is legit and intentional. Listen below (while you still can?).