Flume teased another massive announcement on his Instagram today (which has since been removed), only this time it was all but certain what’s in store for the Australian virtuoso. 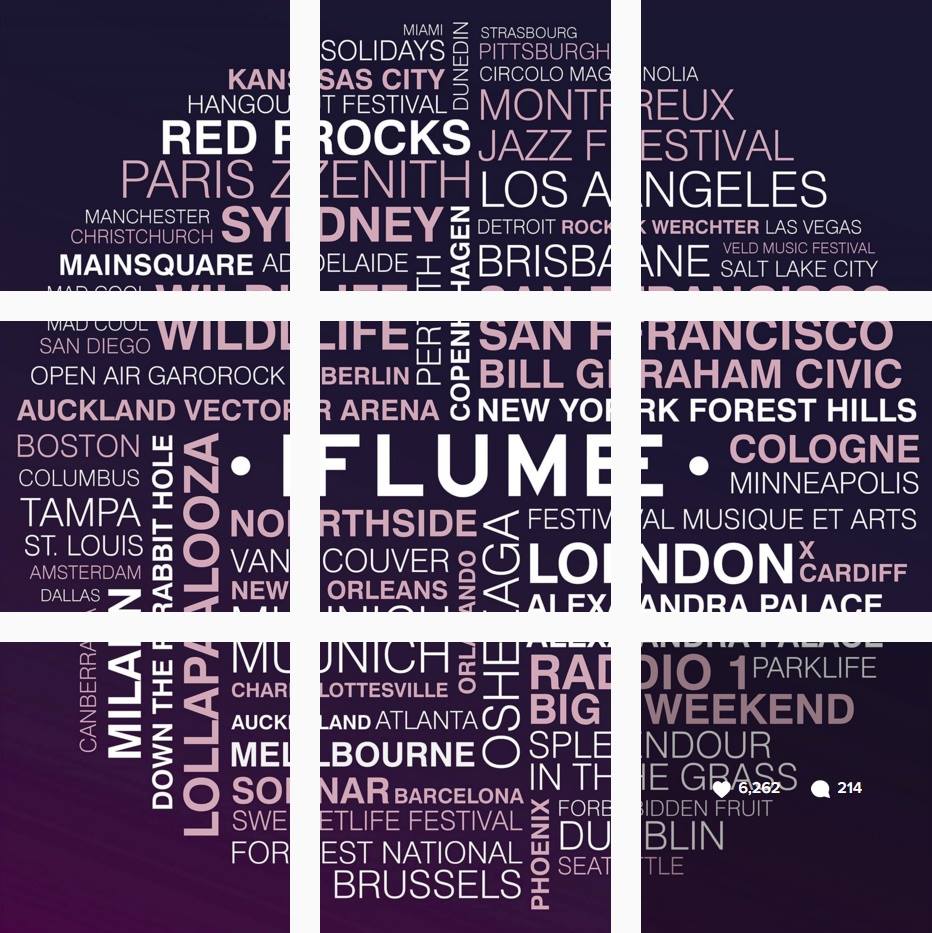 Although each segment was posted individually, we managed to compile the complete picture from his account page. It’s abundantly clear that he was hinting at something along the lines of a gargantuan international tour. Listing cities across every region of the United States – as well as Europe, Asia, and Australia – Flume seems primed to reach every nook and cranny of the entire f*cking planet.

With no revealing information other than the caption “TOMORROW,” we’ve been eagerly awaiting confirmation of this incredibly chain-yanking teaser. But now the wait is over. Flume just posted a video on his Facebook declaring that he will, in fact, be going on a world tour, with a brand new live setup that looks downright fascinating.

I’ll be spending most of this year bringing my new live show to a bunch of cities across the world.

It’s something I’ve been working on for a while, with an entirely new setup and a few other surprises – it’s the biggest tour I’ve ever done with more than 45 headline dates around the world. sign up at flu.me for presale details – see you out there.

The full list of tour dates can be found here, and you can listen to his latest release below to satiate yourself in anticipation for this mind-boggling experience.