by Kelly Boyle
in Editorial, EDM News, Just For Fun, Worth Sharing

There is no doubt that KANDY‘s recent success and popularity has thrown him into the music industry’s fast lane, but what’s next?

So far everything we have heard from the young artist has been off the charts, with tracks climbing the Beatport Top 100 in an almost unprecedented fashion. What else could be up his sleeve? Who else are we going to see jumping at the opportunity to work with such a diverse and talented producer?

We may not know for sure, but thanks to some track support from Pegboard Nerds via twitter, KANDY may have given us just enough of a hint for speculation. 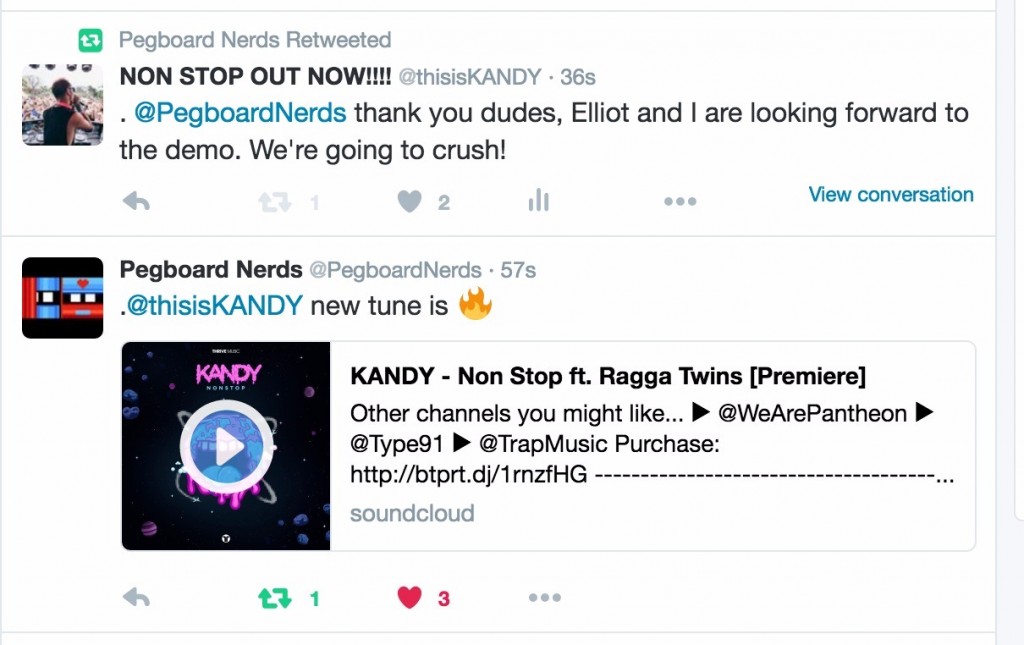 Will KANDY and Pegboard Nerds be working together? Pegboard Nerds have already been confirmed to have an upcoming track with NGHTMRE and Krewella, but that doesn’t mean there can’t be another project with KANDY, does it? And who is Elliot? There are so many exciting possibilities here.

Whatever the case may be, we’re excited to see what’s coming up.