This year will mark Electric Zoo’s eight annual edition as one of New York’s most renowned EDM festivals and with the full lineup now released, this really looks to be a can’t-miss festival for EDM fans on the East Coast.

This year’s EZoo dubbed the Wild Island edition will take place over the three-day Labor Day weekend. Headliners Bassnectar, Tiësto, and Hardwell were originally announced as the three main headliners and now it’s been revealed that they’ll be joined by Carnage, Porter Robinson, and The Chainsmokers rounding out a huge A-tier sextet of festival headlining material.

Day one (Friday, September 2nd) sees Bassnectar and Carnage as the headliners, day two boasts Tiësto and Porter Robinson performing his live-set, before Hardwell and The Chainsmokers close out day three. The two main “guests” following the six headliners will be Steve Aoki and Big Gigantic with their live-set as well. All in all the festival boasts over 80 artists, new stages, and 30(!!!) different food vendors.

“In 2016, we will continue to raise the bar not only by delivering what we believe is our best line up in years but also our best production yet, immersing our fans in to the ‘Wild Island’ experience. Get ready, New York, it’s about to go off!” 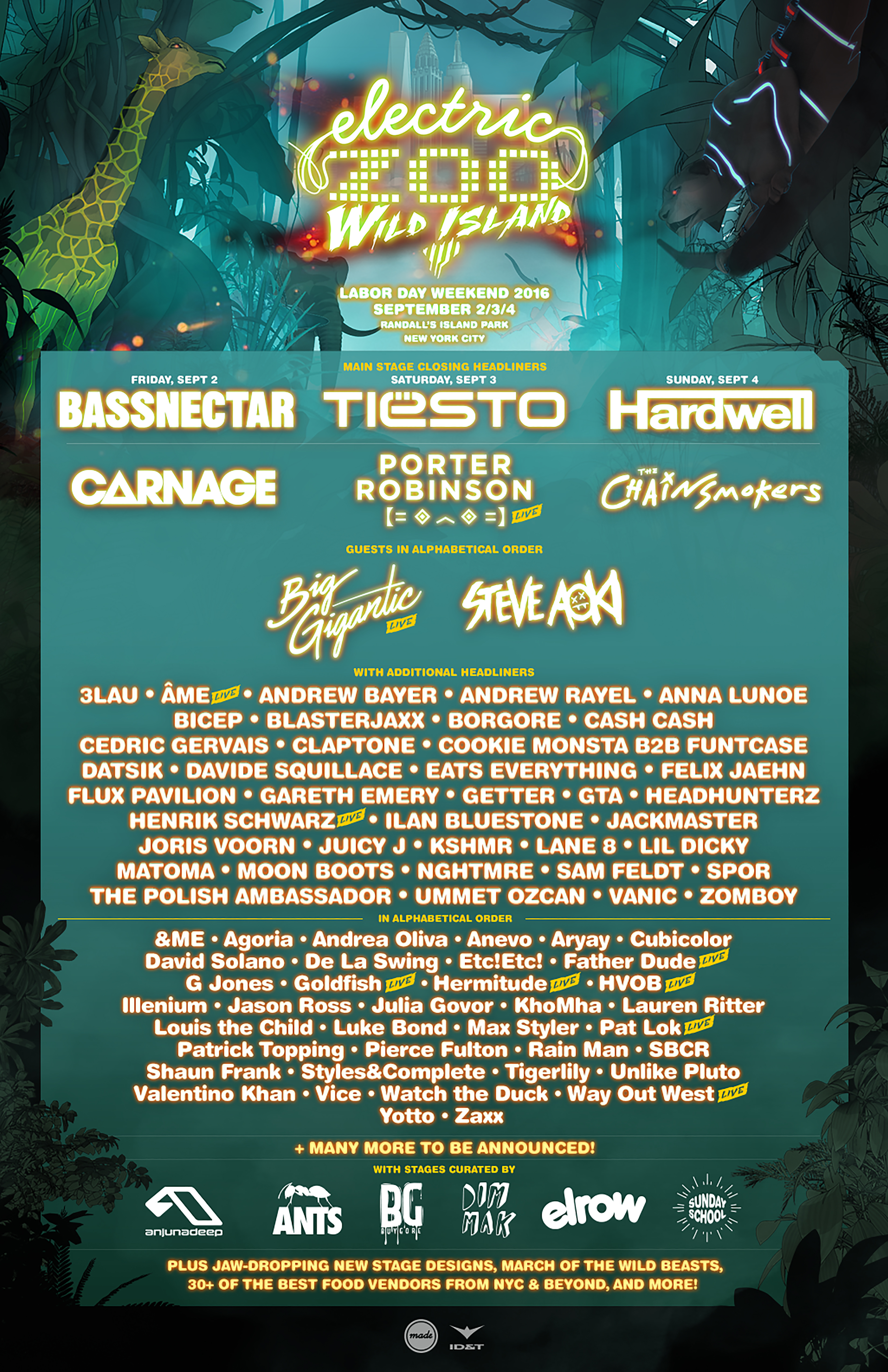