iTunes Could Soon Be Eliminating Music Downloads From Their Service

UPDATE 5/15 | A representative for Apple has issued a statement, saying in no uncertain terms that the rumors are not true. Read his response here.

Apple, the company that ushered in an entirely new digital music generation with iTunes and iPods, could be preparing to ditch their music download service.

No, it’s not a joke, but it does make sense when you stop and think about it. Since downloading’s golden year in 2012, sales have been declining rapidly in favor of streaming and subscription based services. 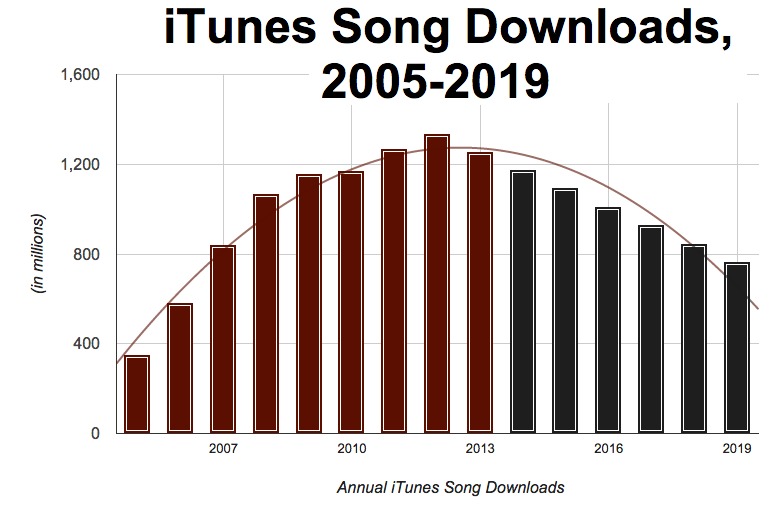 The decision is only further supported by the growth of Apple Music; after launching last July, the streaming service is on point to reach 20 million subscribers by 2017. And by 2020, Apple’s streaming revenue will be 10 times greater than that of their downloading sector. Seems like a smart idea to phase it out now, and one source says if Steve Jobs were alive, “Jobs would have killed it [by now].”

The proposal reflects Apple’s “trim the fat” motto, and fits in perfectly with their decision to eliminate disc drives, headphone jacks, and multiple USB ports on their devices. However, we can’t help but think of what this premature termination will spell out for the DJ community.

After shutting down the worlds largest online music store, how will the majority of DJs get their music apart from Beatport? We’ll have to see how the industry pivots.

Apple has made no official statement supporting or denying these claims at this time.

Tiësto Drops New Collab With Ummet Ozcan, "What You're Waiting For"